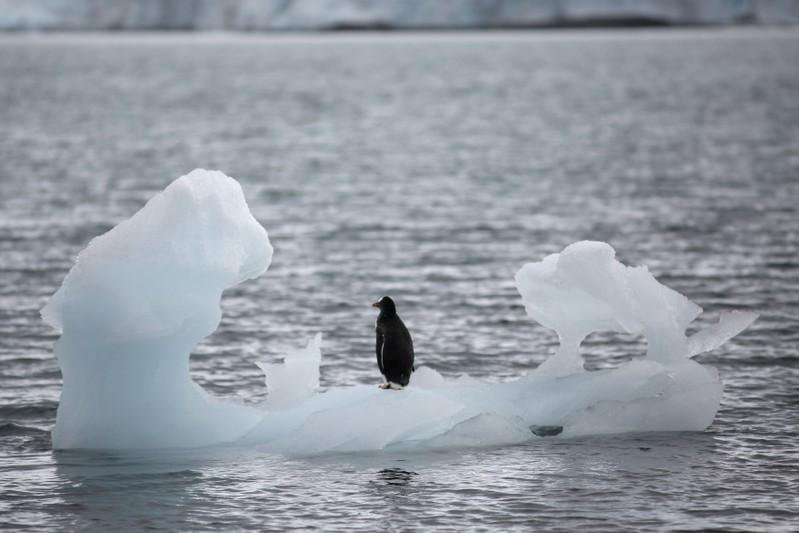 OSLO, June 21 (Reuters) – Antarctica’s bedrock is rising surprisingly fast as a vast mass of ice melts into the oceans, a trend that might slow an ascent in sea levels caused by global warming, scientists said on Thursday.

The Earth’s crust in West Antarctica is rising by up to 4.1 centimeters (1.61 inches) a year, an international team wrote in the journal Science, in a continental-scale version of a foam mattress reforming after someone sitting on it gets up.

The rate, among the fastest ever recorded, is likely to accelerate and could total 8 meters (26.25 feet) this century, they said, helping to stabilize the ice and brake a rise in sea levels that threatens coasts from Bangladesh to Florida.

“It’s good news for Antarctica,” lead author Valentina Barletta of the Technical University of Denmark and Ohio State University told Reuters of the findings, based on GPS sensors placed on bedrock around the Amundsen Sea in West Antarctica.

Much of the West Antarctic ice sheet, which has enough ice to raise world sea levels by more than three meters (10 feet) if it ever all melted, rests on the seabed, pinned down by the weight of ice above.

The fast rise of the bedrock beneath will lift ever more of the ice onto land, reducing the risks of a breakup of the sheet caused by warming ocean water seeping beneath the ice.

The uplift “increases the potential stability of the West Antarctic Ice Sheet against catastrophic collapse,” the scientists wrote.

Last week, another study said that three trillion tonnes of ice had thawed off from Antarctica since 1992, raising sea levels by almost a centimeter – a worsening trend.

It often takes thousands of years for the Earth’s crust to reshape after a loss of ice. Parts of Scandinavia or Alaska, for instance, are still rising since the end of the last Ice Age removed a blanket of ice more than a kilometer thick.

A further report this month found that the West Antarctic ice sheet expanded about 10,000 years ago, interrupting a long-term retreat after the last Ice Age, because of a rise of the land beneath.

But it said the process was too slow to save the ice sheet from a possible collapse triggered by global warming.

One of the lead authors of that study, Torsten Albrecht at the Potsdam Institute for Climate Impact Research, told Reuters on Thursday: “The expected eight-metre (26.4-foot) uplift in 100 years in the Amundsen Sea region … seems rather small in order to prohibit future collapse.”