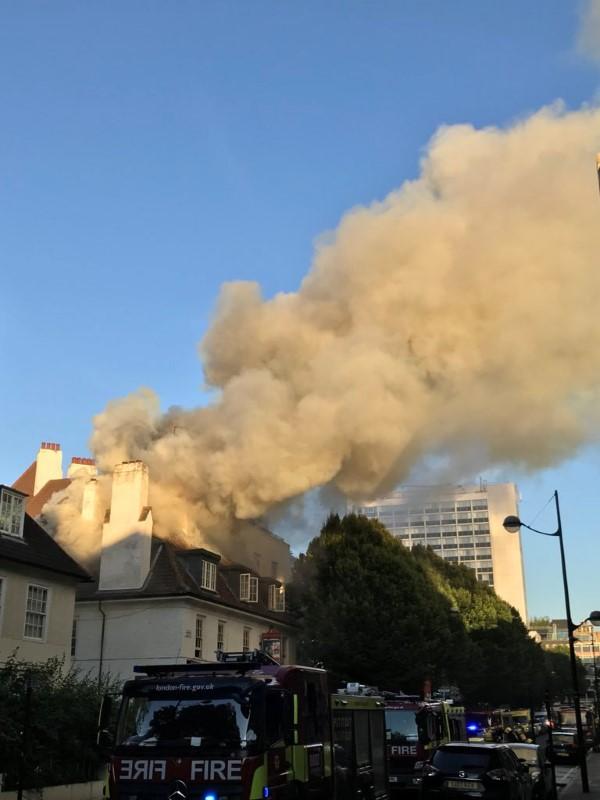 (Reuters) – A large fire in a pub near London’s Euston train station was brought under control on Friday evening and there were no reports of casualties, the British capital’s fire brigade said.

A fire is seen at the Somers Town Coffee House in London, Britain June 22, 2018 in this photo obtained from social media. NICO HOGG/via REUTERS

Ten fire engines and 72 firefighters and officers were called in to battle the flames, and at one point half of the roof and part of the first floor were alight, the London Fire Brigade said in a statement.

The cause of the fire, at a pub between London’s three biggest railway stations – Euston, St. Pancras and King’s Cross – was not known.

A number of people had left the building before the fire crew arrived, the fire service said. Images on London emergency services social media accounts showed flames shooting out of the roof of the building and thick plumes of smoke around the area.