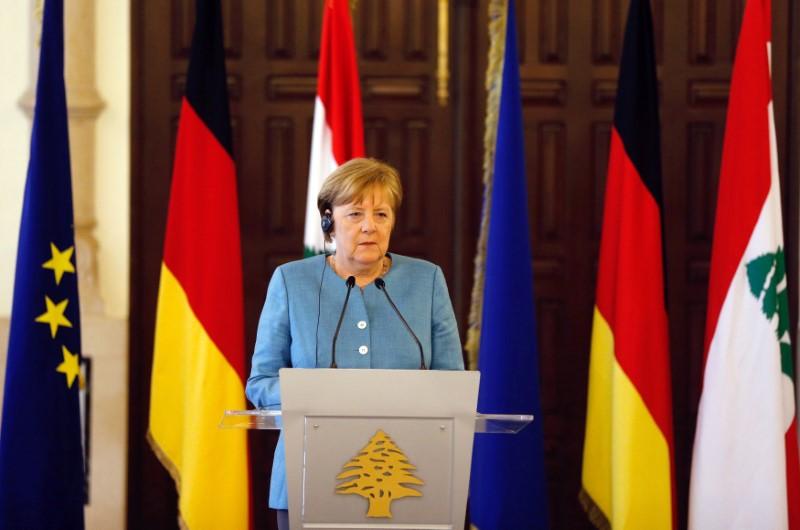 BEIRUT (Reuters) – German Chancellor Angela Merkel played down expectations of any major breakthrough at hastily-arranged talks among European Union leaders on Sunday on the migration dispute dividing Europe and threatening her own government.

Plans for the emergency meeting, before a full EU summit at the end of next week, were thrown into chaos on Thursday when Italy’s new prime minister declared that a draft accord on migration had been withdrawn because of a clash with Merkel.

She is under pressure to get EU leaders at the main June 28-29 summit to agree to share out migrants more evenly to placate her conservative allies, Bavaria’s Christian Social Union (CSU). But Italy and others are very reluctant.

The CSU will assess at a meeting on July 1 whether any deal Merkel reaches in Brussels is acceptable, party sources said on Friday.

If a “satisfactory” deal is not achieved at next week’s summit, German Interior Minister and CSU chief Horst Seehofer has threatened to defy Merkel and turn away at the German border people who have applied for asylum in other EU states.

National border controls would undermine the EU’s system of free travel and could cause a German government crisis.

Initially expected to involve eight EU leaders, the Sunday talks will now bring together at least 17, according to the latest count by officials in Brussels.

“The meeting on Sunday is a consultation and working meeting at which there will be no concluding statement,” Merkel told a news conference on Friday during a visit to Lebanon. “It is an initial exchange with interested member states.”

In an interview with Spiegel magazine, Italian Interior Minister Matteo Salvini gave a foretaste of the challenge Merkel faces in clinching a deal: “In a year it will be decided if a united Europe still exists or not.”

He added that Italy was not ready to take in even a single migrant more.

Germany has taken in hundreds of thousands of Syrians and others since 2014 but Merkel’s “open door” migration policy is threatening her ruling coalition. She said on Friday conditions in Syria were not yet right for refugees to return.

“I am working for the coalition to do its tasks as set out in the coalition agreement,” Merkel said, speaking alongside Lebanese Prime Minister Saad Hariri. “We have lots more to do.”

The Social Democrats, who also share power with Merkel’s conservative bloc — comprising the CSU and her own Christian Democrats (CDU) — said they were ready for a new election. After an inconclusive election in September, it took Merkel months to form a coalition and secure a fourth term.

“The SPD is prepared for all scenarios,” SPD General Secretary Lars Klingbeil said. Der Spiegel had reported that the party’s preparations would include deciding who would run for chancellor.

The leader of the CSU parliamentary group, Alexander Dobrindt, said it could not be ruled out that migration might break up the historic alliance between his party and the CDU.

“I have always believed in the common destiny of the CDU and CSU,” he told Spiegel magazine. “But it is unclear at the moment if a common path for action and positions can be found.”

To stave off any coalition crisis, Merkel is pushing other EU leaders towards more measures to stem immigration to the bloc and restrict movement of those migrants who make it there.

United Nations refugee agency chief Filippo Grandi on Friday urged them to “find a new and united approach” to migration and asylum, saying it was achievable.

But Bulgaria said it would argue at the weekend talks for the EU’s external borders to be shut completely to migrants and centers for war refugees set up outside its territory.

Italy has taken in 650,000 boat migrants in the last five years, and objects to suggestions that asylum seekers should be returned to the EU country they first registered in.

Merkel, whose approach has resulted in the arrival of more than 1.6 million migrants in Germany since 2014, will also discuss the issue with Spain’s new Prime Minister, Pedro Sanchez, on Tuesday in Berlin.

Additional reporting by Holger Hansen and Joseph Nasr in Berlin and Gabriela Baczynska in Brussels, and Joern Poltz in Munich; Writing by Thomas Escritt and Madeline Chambers; Editing by Andrew Roche and Catherine Evans