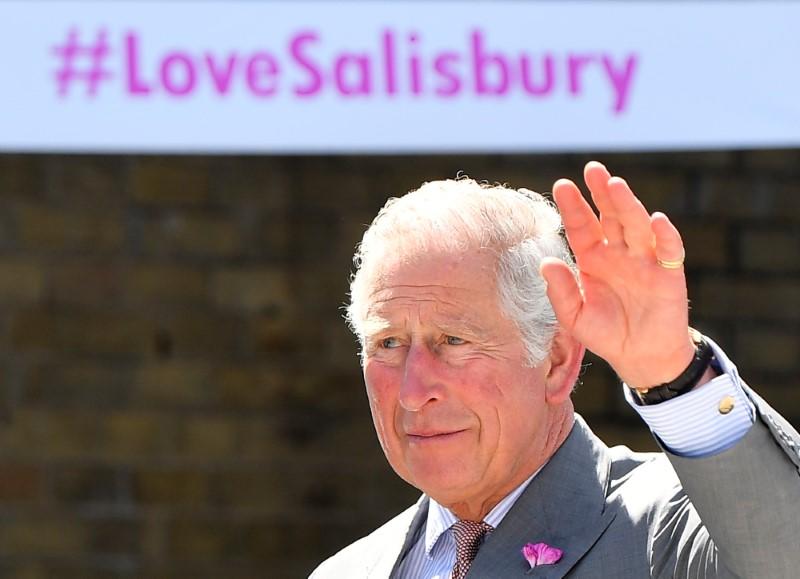 SALISBURY, England (Reuters) – Prince Charles and his wife Camilla visited Salisbury on Friday to support the city as it tries to recover from the impact of this year’s poison attack on a former Russian double agent and his daughter.

They visited businesses and met local residents before attending a reception for those most closely involved in trying to restore the city’s tourist trade.

Visitor numbers have fallen since Sergei Skripal and his daughter Yulia were found slumped on a bench in March.

They had been poisoned with a Cold War era nerve agent for which the government blamed Russia, plunging bilateral relations to a new low, although the Kremlin denied any involvement.

Charles and Camilla also held a private meeting with Detective Sergeant Nick Bailey who fell ill after coming into contact with the Novichok nerve agent after trying to help the Skripals.

For weeks, the predominant images coming from this elegant southern city were not those of England’s tallest cathedral spire but of police roadblocks and cordoned-off streets as investigators in hazchem suits swept the area.

Re-stimulating tourism in Salisbury has been a priority after visitor numbers fell some 20 percent. Nine businesses folded as a result of the incident, on top of a reduced footfall of up to 80 percent in the immediate vicinity of the poisoning.

Sergei Skripal, 66, was part of a spy swap between Russia and Britain in 2010 and had since made Salisbury his home. He was released from hospital last month after spending weeks in an induced coma.

Yulia Skripal, 33, left hospital in April and spoke last month to Reuters, outlining her desire to return to Russia in the future despite the poisoning.

“My life has been turned upside down,” she said.