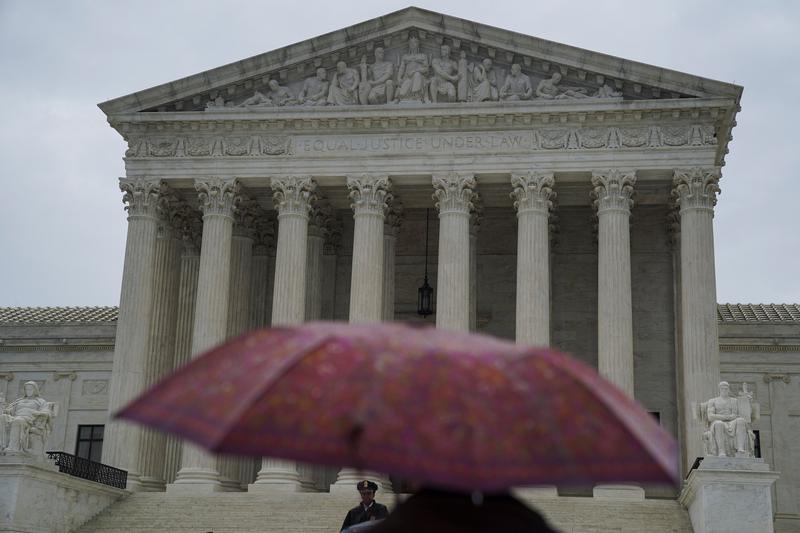 WASHINGTON (Reuters) – The U.S. Supreme Court on Friday imposed limits on the ability of police to obtain cellphone data pinpointing the past location of criminal suspects in a major victory for digital privacy advocates and a setback for law enforcement authorities.

In the 5-4 ruling, the court said police generally need a court-approved warrant to get the data, setting a higher legal hurdle than previously existed under federal law. The court said obtaining such data without a warrant from wireless carriers, as police routinely do, amounted to an unreasonable search and seizure under the U.S. Constitution’s Fourth Amendment.

In the ruling written by conservative Chief Justice John Roberts, the court decided in favor of Timothy Carpenter, who was convicted in several armed robberies at Radio Shack and T-Mobile stores in Ohio and Michigan with the help of past cellphone location data that linked him to the crime scenes.

Roberts stressed that the ruling did not resolve other hot-button digital privacy fights, including whether police need warrants to access real-time cellphone location information to track criminal suspects. The ruling has no bearing on “traditional surveillance techniques” such as security cameras or on data collection for national security purposes, he added.

Roberts was joined by the court’s four liberal justices in the majority. The court’s other four conservatives dissented.

Although the ruling explicitly concerned only historical cellphone data, digital privacy advocates are hopeful it will set the tone for future cases on other emerging legal issues prompted by new technology.

“Today’s decision rightly recognizes the need to protect the highly sensitive location data from our cellphones, but it also provides a path forward for safeguarding other sensitive digital information in future cases – from our emails, smart home appliances and technology that is yet to be invented,” said American Civil Liberties Union lawyer Nate Wessler, who represents Carpenter.

“We decline to grant the state unrestricted access to a wireless carrier’s database of physical location information,” Roberts said.

The high court endorsed the arguments made by Carpenter’s lawyers, who said that police needed “probable cause,” and therefore a warrant, to avoid a Fourth Amendment violation.

Police helped establish that Carpenter was near the scene of the robberies by securing from his cellphone carrier his past “cell site location information” that tracks which cellphone towers relay calls. His bid to suppress the evidence failed and he was convicted of six robbery counts.

Carpenter’s case will now return to lower courts. His conviction may not be overturned because other evidence also linked him to the crimes.

The case underscored the rising concerns among privacy advocates about the government’s ability to obtain an ever-growing amount of personal data. During arguments in the case in December, liberal Justice Sonia Sotomayor, who joined Roberts in the ruling, alluded to fears of “Big Brother,” the all-seeing leader in George Orwell’s dystopian novel “1984.”

Conservative Justice Samuel Alito, a former prosecutor, said in a dissenting opinion that the ruling could do “far more harm than good.”

The decision “guarantees a blizzard of litigation while threatening many legitimate and valuable investigative practices upon which law enforcement has rightfully come to rely,” Alito added. Alito also said the ruling does not address “some of the greatest threats to individual privacy” that may come from data collection by private companies.

It was the third ruling in recent years in which the court has resolved major cases on how criminal law applies to new technology, each time ruling against law enforcement. In 2014, it required police in most instances to obtain a warrant to search a cellphone’s contents when its user is arrested. In 2012, it decided a warrant is needed to place a GPS tracking device on a vehicle.

The U.S. Justice Department argued that probable cause should not be required to obtain customer records under a 1986 federal law. Instead, it argued for a lower standard: that prosecutors show only that “reasonable grounds” exist for the records and they are “relevant and material” to an investigation.

Roberts said the government’s argument “fails to contend with the seismic shifts in digital technology that made possible the tracking of not only Carpenter’s location but also everyone else’s.”

There has been rising concern over the surveillance practices of law enforcement and intelligence agencies, and whether companies like wireless carriers care about customer privacy rights.

Reporting by Lawrence Hurley; Editing by Will Dunham