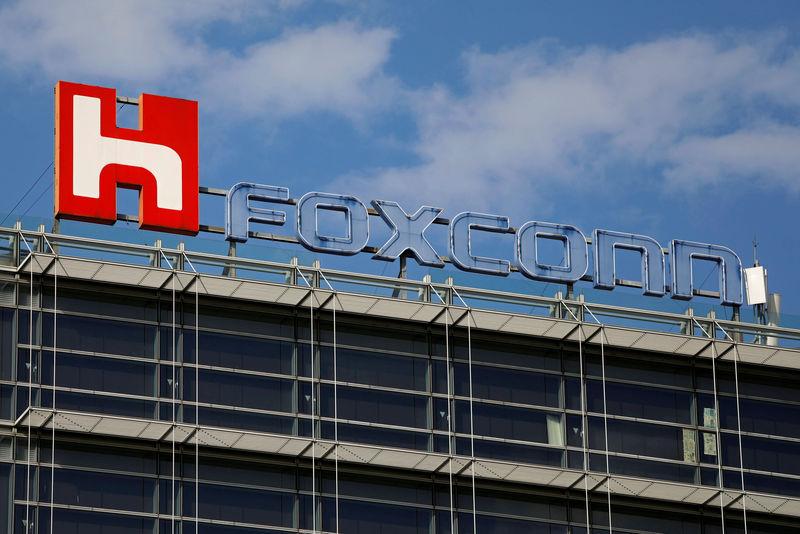 TAIPEI (Reuters) – Foxconn (2317.TW), the world’s largest electronics contract manufacturer, on Friday said the U.S. and Chinese governments are engaged in a technology war, not a trade war, describing the spat as the biggest challenge the Taiwanese company is facing.

FILE PHOTO: The logo of Foxconn, the trading name of Hon Hai Precision Industry, is seen on top of the company’s building in Taipei, Taiwan March 30, 2018. REUTERS/Tyrone Siu/File Photo

President Donald Trump on Monday said Washington would hit $200 billion of Chinese imports with 10 percent tariffs if Beijing retaliates against his previous announcement to target $50 billion in imports. The United States has accused China of stealing U.S. intellectual property, a charge Beijing denies.

“The biggest challenge we’re facing is the U.S.-China trade war. In terms of how we manage and adapt, this is something all our high-level managers are making various plans on,” Chairman Terry Gou said at the company’s annual general meeting.

He did not elaborate on the kind of plans under consideration.

“What they are fighting is not really a trade war, it’s a tech war. A tech war is also a manufacturing war,” he said.

Foxconn is formally known as Hon Hai Precision Industry Co Ltd (2317.TW). It employs over a million workers and has clients including Apple Inc (AAPL.O).

Analysts have said a Sino-U.S. trade war could disrupt supply chains for the technology and auto industries – sectors heavily reliant on outsourced components such as those supplied by Foxconn – and derail growth for the global economy.

The United States and China are Taiwan’s top export markets.

Gou, who recently celebrated Foxconn’s 30 years of doing business in China, on Friday said he had no plan to retire in the next five years – years which he described as “important”, without elaborating.

Earlier this month, U.S. watchdog China Labor Watch criticized Foxconn for what it described as harsh working conditions. Gou on Friday said issues such as lengthy overtime were products of Chinese law.

For 2018, Gou said it was necessary to be mindful of uncertainties regarding inflation and the pace of interest rate rises, and that China’s economy continues to be affected by “structural adjustments”.

Shares of Foxconn were down 0.7 percent on Friday, in line with the benchmark stock price index .TWII.