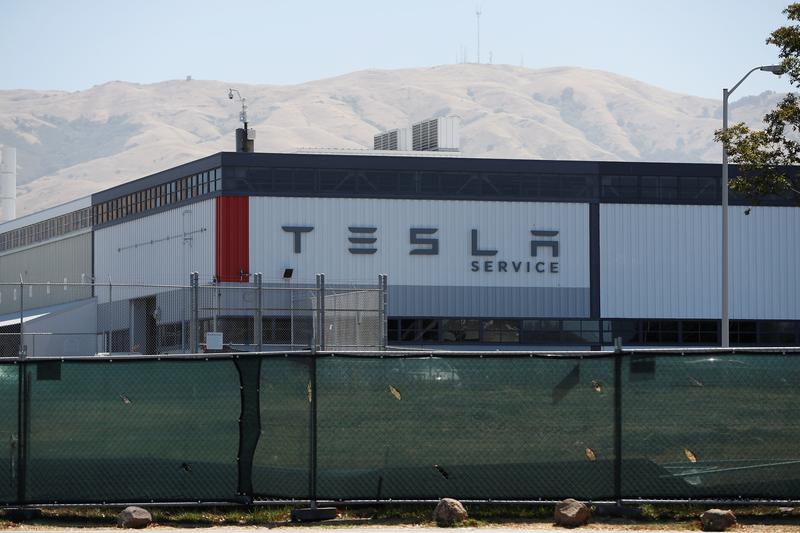 The fire occurred after a cardboard baling machines that is used for recycling overheated, and was contained, Fremont Fire Department Division Chief Diane Hendry said on Friday.

The fire happened in a tent used for recycling purposes on the south side of the company’s campus, a company spokeswoman said on Friday.

“Last night, the structure outside our factory that houses the cardboard and other wood and paper products that are being recycled caught fire,” the spokeswoman said, adding that no injuries were reported, and the company was investigating the cause.

In a tweet earlier this week, Tesla Chief Executive Officer Elon Musk touted a new tent on the campus that is being used for the production of the Model 3.

The Tesla spokeswoman said the production tent was not affected by the fire.

The Thursday fire is the latest in a series of blazes at the Fremont plant. The company suffered a fire earlier this month, according to an email sent to workers by Musk.

Tesla has been burning through cash as it tries to hit a target of producing 5,000 Model 3 electric sedans per week after production delays. Tesla’s future long-term profitability hinges on ramping up Model 3 output, which is intended for mass production.