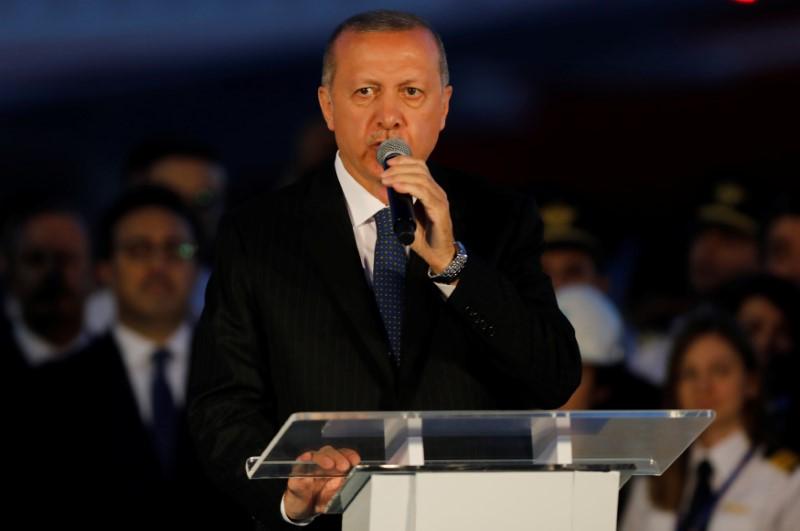 ISTANBUL (Reuters) – Turkish President Tayyip Erdogan said he will cut the number of ministries sharply to 16 and speed up decision-making in the next government if he wins an election on Sunday which will herald a transition to an executive presidency.

Turks vote this weekend for both presidential and parliamentary elections, with Erdogan aiming to extend his 15-year rule and assume sweeping new powers which he says the country needs to address economic and security threats.

“When I was prime minister there were 37 ministries. We reduced this to 26. Now we will lower it to 16,” Erdogan said in an interview with ATV on Thursday evening after flying in to a new huge airport under construction on Istanbul’s European side.

Polls indicate elections may be closer than anticipated when Erdogan called the snap elections in April, suggesting he may be pushed to a second-round run-off for the presidency, and his AKP could lose its majority in the 600-seat assembly.

He has said the AKP could seek to form a coalition if it fails to secure a parliamentary majority, a prospect which investors fear could lead to political deadlock.

Speaking on Thursday evening, the president said the number of ministries dealing with the economy will be reduced to three from six.

“With the new system we will reduce bureaucracy. We will take decisions faster, all services will be results-oriented,” he said.

Aside from the ministries nine policy boards would be formed, reporting to the president, in areas such as social, health and foreign policy, he added.

Officials had last month said Erdogan planned to streamline government if re-elected, bringing the economic management team under one roof to improve collaboration between the Treasury and Finance Ministry.

One source at the time said the moves would simplify dealings with government bodies, such as applications for investment incentives for businesses in Turkey.