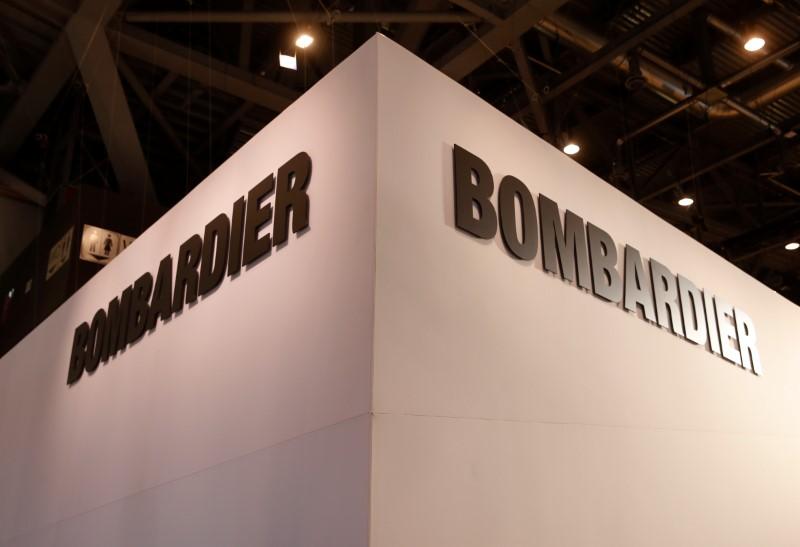 MONTREAL (Reuters) – Canadian workers who assemble Bombardier Inc’s (BBDb.TO) turboprops and the company’s new top-of-the-line business jet on Saturday reached a tentative agreement with the company just hours ahead of a strike deadline, the union said.

A Bombardier logo is pictured during the European Business Aviation Convention & Exhibition (EBACE) at Geneva Airport, Switzerland May 28, 2018. REUTERS/Denis Balibouse

Unifor, the union representing the 1,600 workers, has previously said its members were looking for a three-year contract with greater job security on the company’s strong-selling Global 7500 business jet, among other demands.

A Bombardier spokesman confirmed that a tentative agreement has been reached. Union members are set vote on Sunday to ratify the agreement.

The long-range jet, which is to enter service this year, is a critical part of Bombardier’s strategy to grow business aircraft revenues to $8.5 billion in 2020, up from $5 billion in 2017.

The union talks follow Bombardier’s May announcement that it had agreed to sell the sprawling Downsview site, the company’s largest land asset, to a Canadian pension fund for approximately $635 million. Bombardier will continue to operate from Downsview for a period of up to three years, with two optional one-year extension periods.