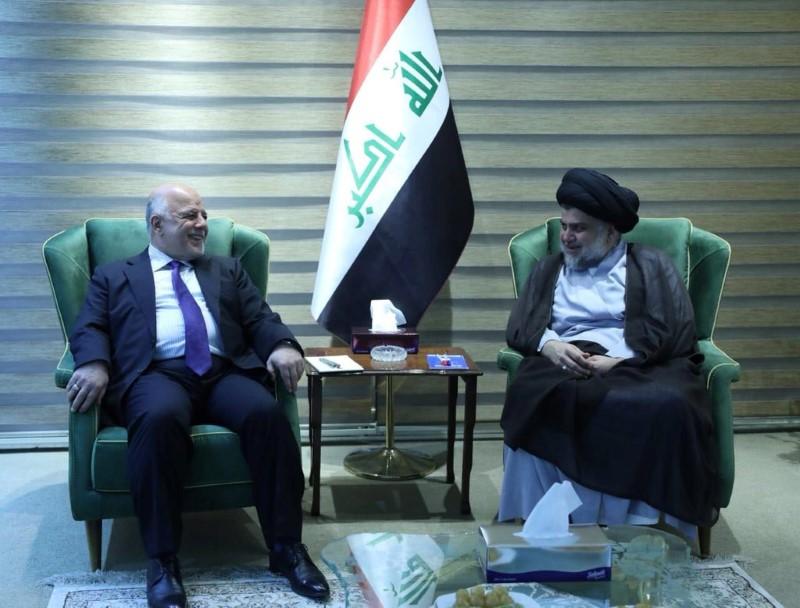 NAJAF, Iraq (Reuters) – Iraqi Prime Minister Haider al-Abadi and cleric Moqtada al-Sadr said on Saturday their political blocs, which came in third and first place in a May parliamentary election respectively, would enter into an alliance.

The alliance between Abadi’s Victory Alliance and Sadr’s Saeroon will “cross sectarian and ethnic divisions”, the leaders said at a news conference in the Shi’ite holy city of Najaf, where Sadr lives.

Earlier in June, Sadr and Hadi al-Amiri, a Shi’ite militia commander with close ties to Iran whose Fatih coalition came second in the election, had announced an alliance between their blocs.

It was not immediately clear if Saturday’s announcement meant the top three blocs would now work together. Abadi and Sadr said their alliance “doesn’t not mean the door is closed for the remaining blocs” to join them.

Political leaders in Iraq traditionally hold such meetings after elections as part of the lengthy and often complicated process of forming a coalition government, as no one party ever wins enough seats to form a government on its own.

The process is further complicated this time round because the next parliament is born of an election marred by historically low turnout and allegations of fraud. The outgoing parliament has mandated a nationwide manual recount of votes and Iraq’s top court upheld that move, which faced legal challenges.