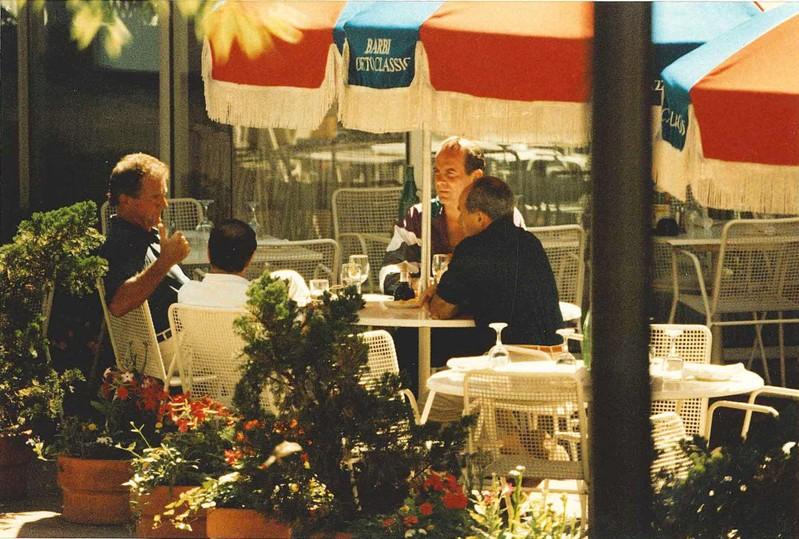 BOSTON (Reuters) – A federal jury on Friday found a former boss of the New England mob and one of his associates guilty of the 1993 murder of a nightclub owner whose remains were discovered buried in Rhode Island two years ago.

Jurors in Boston convicted Francis “Cadillac Frank” Salemme, 84, and Paul Weadick, 63, of killing club owner Steven DiSarro because they believed he would cooperate with federal investigators.

The case stemmed from an era when organized crime in Boston was run by Salemme, who headed the New England family of La Cosa Nostra in the 1990s, and James “Whitey” Bulger, the gangster serving life in prison whose criminal career was depicted in the 2015 film “Black Mass.”

“Today’s conviction, in some ways, ends a long and dark chapter in the history of our city,” U.S. Attorney Andrew Lelling said.

Both men are scheduled to be sentenced on Sept. 13 and face a mandatory life prison term after being convicted of murdering a federal witness. Steven Boozang, Salemme’s lawyer, said he was disappointed and plans to appeal.

“They were a tough set of facts,” Boozang told reporters. “We thought we had overcome them, but we didn’t.”

Prosecutors said Salemme had a secret interest in a South Boston music venue called The Channel, which DiSarro had purchased.

Stephen “The Rifleman” Flemmi, a longtime partner of Bulger’s who had known Salemme since the 1960s, testified during the trial that Salemme had been concerned DiSarro was speaking to authorities and might implicate him in criminal activities.

Flemmi, the prosecution’s star witness who himself is serving a life sentence for 10 murders, said he witnessed DiSarro’s strangling on May 10, 1993, when he went to Salemme’s home to talk to the Mafia boss.

Flemmi, 84, said he quickly left because he was concerned Salemme might be under surveillance. But he said Salemme later told him DiSarro was killed and that his body was buried at a Rhode Island construction site.

Salemme was only charged in 2016 when authorities discovered DiSarro’s remains behind a mill in Providence, Rhode Island.

Boozang, Salemme’s lawyer, in his closing argument on Monday called Flemmi a “sociopath.” Boozang contended Flemmi made up the story to implicate a top organized crime figure and win a potential reduction in his sentence.