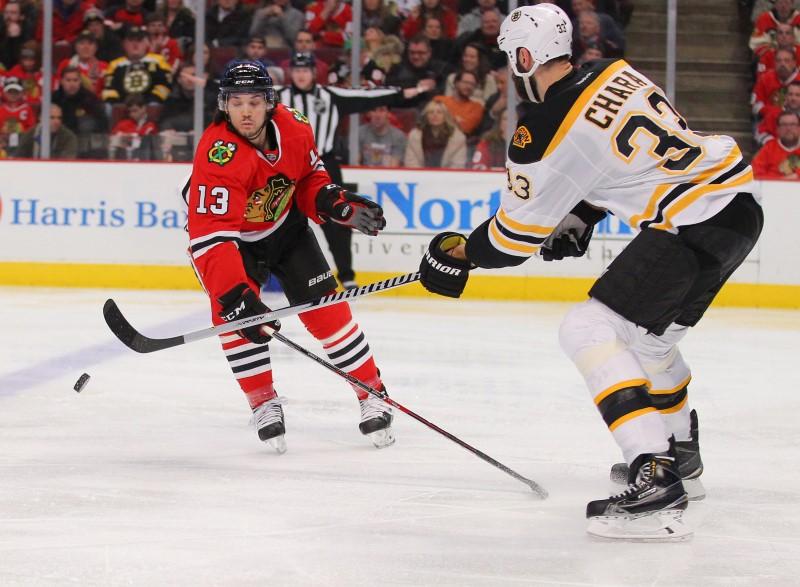 The National Hockey League is being sued by two former players, Daniel Carcillo and Nick Boynton, who allege the league withheld information about the long-term health dangers from concussion-related injuries.

The lawsuit was filed by attorneys Thomas A. Demetrio and William T. Gibbs in U.S. District Court in Minnesota and claims the NHL did not adequately warn and inform players about brain damage risks caused by contact to the head. Carcillo and Boynton charge the league with allowing and encouraging players to rush back to action while recovering from concussions.

Both Carcillo, who played for five teams over nine seasons, and Boynton, six teams in 11 seasons, suffer from long-term, degenerative brain damage.

“The NHL is long overdue in acknowledging the significant risks inherent in their style of game,” Gibbs said in a press release.

“I’m doing this on behalf of all former NHL players that are struggling with the difficulties of transitioning from a life in the NHL with brains that have been damaged.” Carcillo said in the release. “Players today are still being denied proper care for concussions. It’s time for the NHL to finally acknowledge that serious, permanent damage can be done if head trauma is ignored or neglected.”

Carcillo, nicknamed “Car Bomb” for his violent style of play, was a forward and enforcer and notorious for his physical hits that sometimes crossed the line. As a result, he was fined or suspended on 12 different occasions during his career. He scored 48 goals with 52 assists and 1,233 penalty minutes for his career and twice led the NHL in PIM, with 324 with Phoenix in 2007-08 and 254 with the Coyotes and Philadelphia Flyers the following season.

Carcillo won Stanley Cups with the Chicago Blackhawks in 2013 and again in his final season in 2015.