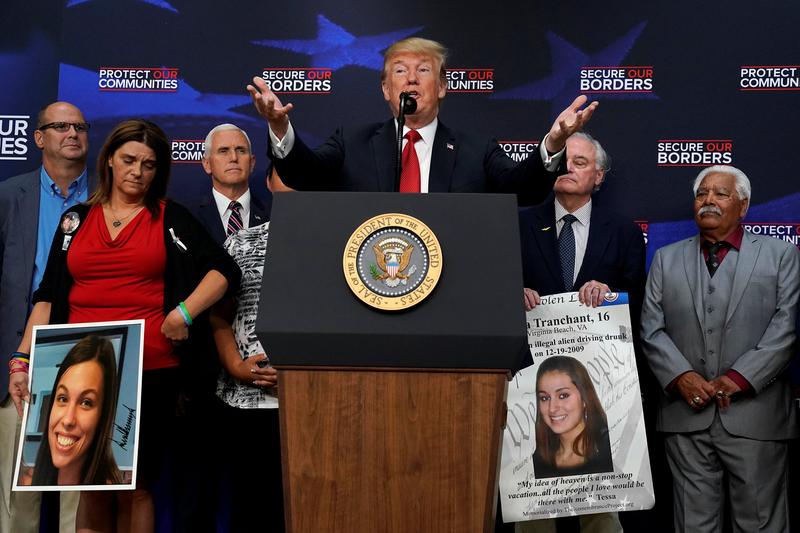 SAN FRANCISCO/WASHINGTON (Reuters) – Lilian Merida-Galicia and her 7-year-old daughter were apprehended after crossing the U.S.-Mexico border in Arizona and separated by U.S. officials in mid-May.

Since then, the 23-year-old Guatemalan has been trying to learn her daughter’s whereabouts, according to her attorney, Michael Avenatti. At one point she sent a note to U.S. Immigration and Customs Enforcement (ICE).

“Please could you send me a phone number so that I can communicate with my daughter?” read the note, which was written in Spanish and seen by Reuters.

An ICE officer replied in a note in English: “I do not have this information.”

Merida-Galicia, who is being held in California, is just one of many incarcerated immigrant mothers whose attorneys tell similar stories about chaotic situations in which the mothers don’t know where their children have been taken or how to contact them. The mothers themselves could not be contacted because access to detained immigrants is difficult.

Although President Donald Trump abruptly reversed course on Wednesday following a wave of outrage at home and overseas and abandoned his policy of separating children from parents who are apprehended for illegally crossing the U.S.-Mexico border, the fate of the more than 2,300 children already separated from their parents while Trump’s policy was still in force is unknown.

The federal government and Congress scrambled on Friday to address the many unanswered questions raised by the hastily drafted executive order Trump issued on Wednesday.

Attorney Luis Cortes Romero in Kent, Washington, said he represents a Salvadoran woman who was separated in early May from her 11-year-old daughter with Down syndrome after the two crossed the U.S.-Mexico border in Texas. The woman is being held in Washington state and has decided she doesn’t want to pursue asylum so that she can be deported and reunited with her daughter, he said.

“She said she never wants to come back, and that this experience has been so traumatizing,” Cortes Romero said.

Trump suggested on Friday that some of the wrenching tales that have emerged from the border were fabricated by Democrats.

“We cannot allow our Country to be overrun by illegal immigrants as the Democrats tell their phony stories of sadness and grief, hoping it will help them in the elections,” he tweeted.

Trump urged Republican lawmakers on Friday to drop their efforts to pass comprehensive immigration legislation until after the November congressional elections, flip-flopping on his appeal earlier in the week for Congress to act soon.

Trump has gone back and forth on ways to solve the country’s immigration problems, which he blames on Democrats.

“Republicans should stop wasting their time on Immigration until after we elect more Senators and Congressmen/women in November. Dems are just playing games, have no intention of doing anything to solves this decades old problem. We can pass great legislation after the Red Wave!” he said.

All 435 House seats and a third of the 100-member Senate will be up for grabs in November. Democrats are hoping that discontent among voters with Trump’s policies, including on immigration, will help the party make gains in Congress and flip control to Democrats in at least one chamber.

The House of Representative on Thursday rejected a bill backed by conservatives that would have halted the practice of splitting up families and addressed other immigration issues. The House postponed until next week a vote on a more moderate bill after it failed to attract enough support for passage. But Trump’s latest tweets could doom that effort.

“Game over,” said Representative Mark Sanford, a Republican critic of Trump who came under withering attack from the president before losing his primary race this month.

“Without the president having legislators’ backs, there’s no way they’re going to take the risks that would be inherent in a major reform bill,” Sanford told CNN.

Representative Ileana Ros-Lehtinen, a Republican who represents a majority Hispanic district in Florida and is not running for re-election, said Trump’s tweets amounted to “schizoid policy making.”

Even though the president has now ordered that families be kept together in detention during immigration proceedings, it remained unclear how and when those children already separated would be reunited with their parents, and where families would be held while the parents face criminal charges.

The U.S. Navy is drafting plans to house up to 25,000 immigrants on its bases and other facilities, at an estimated cost to taxpayers of about $233 million over six months, a U.S. official said on Friday.

But the Navy has not so far been asked to provide accommodation for migrants who have entered the United States illegally, and the official, who asked not to be named, stressed that the draft memo, which looks at setting up housing on Navy airfields in Alabama, was for planning purposes only.

The Department of Homeland Security on Friday filed a notice saying it may need up to 15,000 more beds to handle immigrant families. That would be a sharp increase from the 2,500 beds available for families in the last fiscal year.

Shares in private prison operators CoreCivic Inc and Geo Group rose on Friday as investors bet on increasing demand for their services after U.S. authorities asked about available capacity for the detention of immigrant families.

It was also unclear if the government would keep prosecuting cases against people caught crossing the border illegally. It was the administration’s policy of zero tolerance – announced in April – that led to blanket prosecutions, including of adults traveling with children.