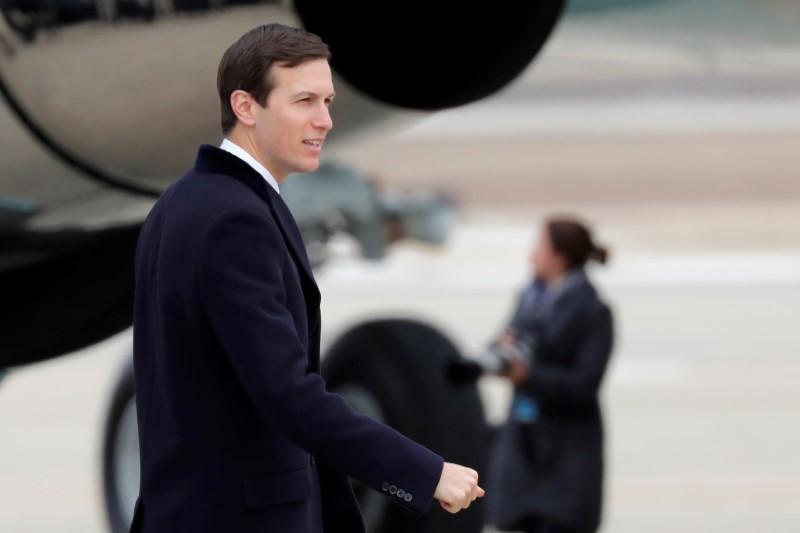 Kushner, who is married to Trump’s daughter Ivanka, spoke in an interview with the newspaper Al Quds. The interview was headlined, “I am ready to work with President Abbas, if he wishes.” He was referring to Palestinian President Mahmoud Abbas.

In the interview, which was published in Arabic, Kushner gave a direct message to the Palestinian people: “You deserve to have a bright future, now is the time for both the Israelis and Palestinians to strengthen their leaderships and re-focus them to encourage them to open up toward a solution, and not fear trying,” the newspaper reported.

Washington has said it has a peace plan in the works that could be released soon. Israeli-Palestinian negotiations stalled in 2014.

Abbas and the Palestinian leadership have refused to meet with Trump’s team following his decision in December to recognize Jerusalem as the capital of Israel and to move the U.S. Embassy there. The Palestinians want their own future state with a capital in East Jerusalem.

Kushner, who has taken the lead on Trump’s plan to forge a Middle East peace deal and who represented Trump at the opening of the embassy in Jerusalem in May, said he did not “wish to talk about the details of the deal that we’re working on.” But he said it would be ready “soon.”

“If President Abbas is ready to go back to the negotiations table, then we are ready to participate in the discussion, but if it’s not the case, then we are going to make the plan public.”

He added: “I believe that in order to reach an agreement, both parts are going to gain more than they’re giving, and both sides will feel confident that the life of their people will be better decades from today because of the concessions that they’re offering.”

The article was published after the White House confirmed that Kushner and Jason Greenblatt, who Trump has named as a special representative for international negotiations, met on Saturday evening in Jerusalem with Prime Minister Benjamin Netanyahu of Israel and U.S. Ambassador David Friedman “to continue their discussions that began on Friday.”

Kushner and Greenblatt’s trip to Jerusalem followed a regional tour that included Jordan and Egypt – Israel’s neighbors and peace partners – and Qatar, a Gulf state that has helped fund humanitarian aid to Gaza. They also held talks in Saudi Arabia, which does not recognize Israel but shares its enmity toward Iran.

Asked by the paper what Arab leaders had told him, Kushner said the leaders “clarified that they want to see a Palestinian State with East Jerusalem as its capital. They want an agreement that enables the Palestinian people to live in peace, and to have the same economical opportunities that their people enjoy.”

He added: “They want to see a deal that respects the dignity of the Palestinians, and puts an actual solution to the issues that have been discussed for decades. They all insist that al-Aqsa Mosque should continue to be open to all Muslims who wish to pray.”

Kushner emphasized the economic benefits of a deal, saying that he believed “we can attract large investments in the infrastructure from both the private and the public sectors” to improve the Palestinian economy.