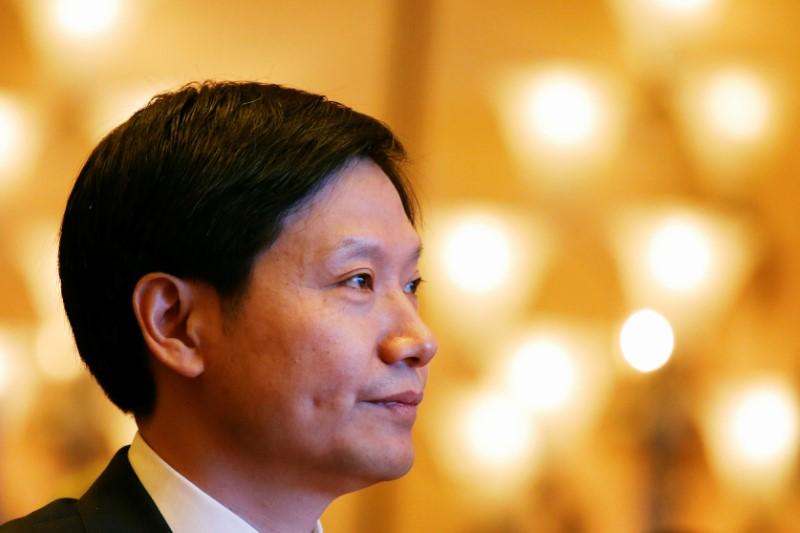 Xiaomi had been expected to raise up to $10 billion, split between its Hong Kong and mainland offerings. But in a surprise move this week, it postponed its mainland share offering until after it completes its scheduled July 7 listing in Hong Kong.

It did not say when it would restart its China depositary receipts (CDRs) issuance process or why it was postponing the mainland offering.

Sources told Reuters the decision was mainly because of a dispute between the company and Chinese regulators over the valuation of its CDRs, but the company denied this.

“We’ve had many rounds of discussions with the regulators and reached a consensus that to ensure the quality of our CDR issuance, it’s better that we go public in Hong Kong first,” Xiaomi’s chief financial officer, Shou Zi Chew, told a news conference in Hong Kong.

Xiaomi, which also makes internet-connected devices, awarded its chief executive and co-founder Lei Jun about $1.5 billion worth of shares for his contribution to the company, it said in an updated regulatory filing this week, in one of the largest one-off share-based corporate bonuses in years.

The $1.5 billion stock, which has been awarded to Lei’s holding entity – Smart Mobile Holdings Ltd – was recorded by Xiaomi as share-based compensation expenses on April 2, one month before it filed for its blockbuster Hong Kong IPO.

Xiaomi is the latest high-profile company to lavish its senior executives with large stock awards ahead of a stock market flotation in recent years.

Its co-founder and president, Lin Bin, defended the board’s decision on the stock compensation at the news conference.

“Many new-economy companies have compensated their chairmen or CEOs with stocks ahead of the IPOs. Xiaomi isn’t the first and won’t be the last to do so,” he said.

Lin added Xiaomi’s board unanimously agreed on the stock award to Lei, who “completely knew nothing about it”.

Chinese e-commerce powerhouse JD.com awarded CEO Richard Liu a stocks worth nearly $900 million at the company’s IPO price, ahead of its New York listing in 2014.

The offering is set to be the first listing under new exchange rules designed to attract tech floats, as competition heats up between Hong Kong, New York and the Chinese mainland.

The IPO values the Beijing-based, Cayman-domiciled company at $54.3 billion – $70.3 billion after a 15 percent “greenshoe” or over-allotment option which can be sold if there is demand. If the greenshoe is exercised, Xiaomi’s free float will be 9.99 percent of its enlarged share capital.

The new valuation range is far below the $100 billion touted by sources this year and below the more recent $70 billion plus valuation target that some analysts and investors see as aggressive.

CEO Lei said he expected to expand its product range and international market presence. Xiaomi’s phones are sold in 74 countries.

“I agree the smartphone market in the next 10 years will grow slowly. But still, it is a giant market,” Lei said.

Set up in 2010, the company doubled its smartphone shipments in 2017 to become the world’s fourth-largest maker, according to Counterpoint Research, defying a global slowdown in smartphone sales.