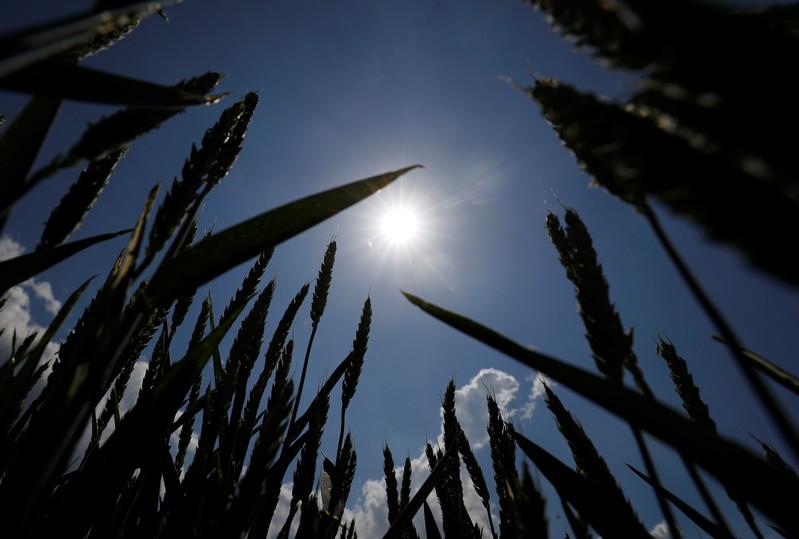 BERLIN (Reuters) – German farmers could lose around half their harvests – and in some cases all of them – due to unusually warm temperatures and dryness seen in May, the head of the German Farmers’ Association said in an interview published on Sunday.

Grain ears are photographed on a field near Bad Vilbel just outside of Frankfurt, Germany, May 30, 2018. REUTERS/Kai Pfaffenbach

“We had the warmest May this year since weather records have been kept,” Joachim Rukwied, the head of the farmers’ group told the Bild am Sonntag newspaper. “In the north and the east, the crops have dried out. As a result, we expect crop losses of 50 to 60 percent in some regions, all the way to total losses.”

Rukwied called for measures that would allow farmers to put aside money tax-free for future emergencies. Such reserves could be taxed later, if they were not used for crop losses, he said.

The reintroduction of wolves in Germany was another big issue facing farmers, Rukwied said, repeating his call that farmers should be allowed to shoot wolves if necessary.