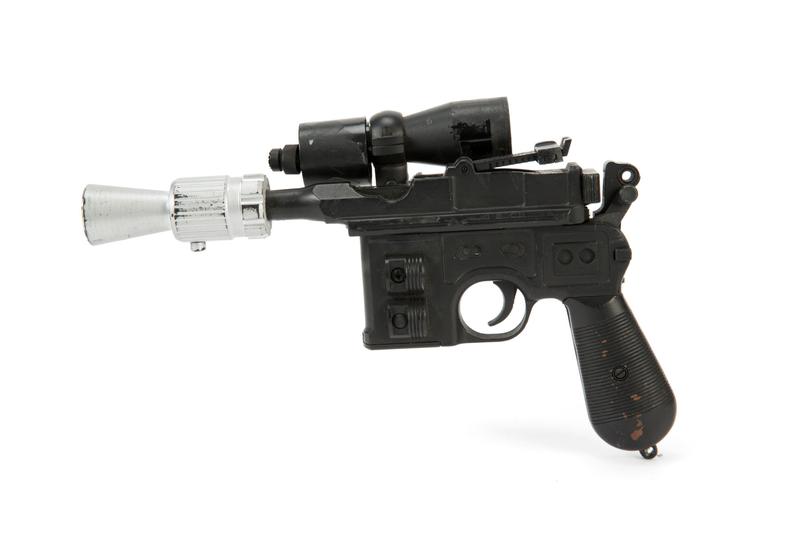 (Reuters) – A gun used by Han Solo in “The Return of the Jedi” sold for $550,000 at auction to the museum chain Ripley’s Believe it or Not! on Saturday, Julien’s Auctions said.

The BlasTech DL-44 blaster used by Han Solo, played by Harrison Ford, from the Star Wars trilogy film ‘Return of the Jedi’ is pictured in this undated handout photo obtained by Reuters June 24, 2018. Julien’s Auctions/Handout via REUTERS

The hero prop blaster gun used by Harrison Ford’s character in the 1983 movie, a BlasTech DL-44, is one of the best-known weapons in the “Star Wars” universe.

The prop, which does not actually fire a powerful bolt of energy as depicted in the film, was made for the movie by the U.S. art director on “Return of the Jedi,” James L. Schoppe. He was given the gun after filming ended, along with other mementoes that he has kept for 35 years.

The prop had a pre-sale estimate price of between $300,000 and $500,000 ahead of Saturday’s auction in Las Vegas, which Schoppe attended, Julien’s Auctions said.