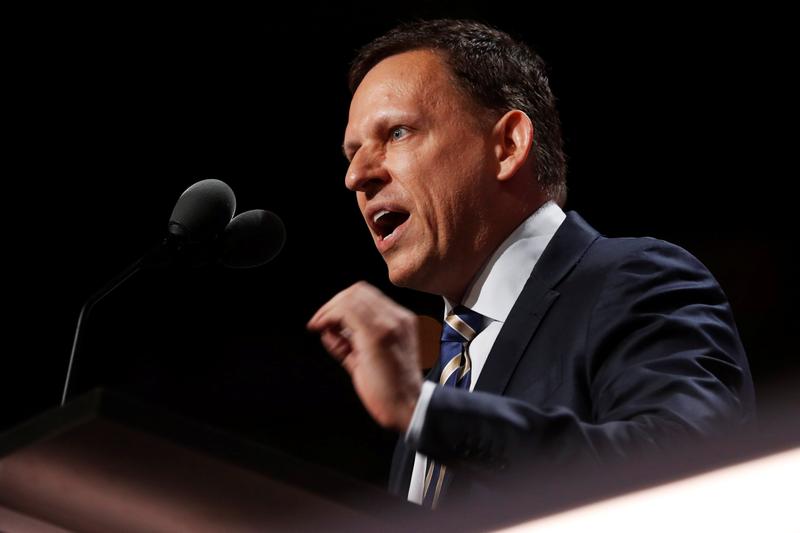 BOSTON (Reuters) – Some small investors who want to give a piece of their minds to big tech company directors are losing their only chance: many board members are skipping annual shareholder meetings. Companies that hold meetings online have some of the worst records for attendance.

Recent high-profile no-shows at the meetings – which are often the only chance “mom-and-pop” retail investors get to ask directors questions – include Alphabet Chief Executive Larry Page and Facebook board member Peter Thiel. The companies declined to discuss the absences in detail.

While big asset managers can get access to directors, shareholder activists and corporate governance experts say the empty seats at annual meetings mean small investors and campaigners challenging directors to make corporate changes may not get to engage with boards.

“If they’re not hearing it, they can’t address it and they can’t respond,” said Christine Jantz, chief investment officer of NorthStar Asset Management.

Facebook, for example, might have dealt better with its data privacy scandal earlier this year if its full board had taken more notice of content oversight and governance issues that were discussed at its most recent annual meetings, said Jantz.

A Facebook spokeswoman declined comment, but noted that Jeffrey Zients, who joined Facebook’s board after the meeting, replacing a departing director, did attend this year. [nL2N1SP1TW]

Alphabet, the parent of search-engine leader Google, has even lower numbers. Four of 11 directors attended its June 6 annual meeting, according to a spokeswoman. CEO Page was absent, a transcript of the event shows. Four directors also attended last year’s meeting. The average since 2006 is five directors.

“You would think that the board members would want to be there and fully aware of these issues,” said Natasha Lamb, managing partner of Arjuna Capital, which at this year’s meeting called for Alphabet to report on its efforts to address political propaganda and other problematic material on Google’s YouTube service, and to report on risks related to pay differences between male and female employees.

Aside from Alphabet and Facebook, almost all directors of top U.S. businesses attend their annual meetings, according to the most recent proxies of the 20 largest companies in the S&P 500 Index.

On the other end of the scale, some other tech firms are taking to cyber space, where director absences are less noticeable.

Only two of Netflix’s 11 directors, including CEO Reed Hastings, attended its June 6 online-only annual meeting, a company web page shows. A third director attended in 2017, when the meeting was held in person.

The online format is a “great enabler” for directors inclined to skip the meetings, said John Chevedden, an activist investor who frequently files shareholder rights proposals.

A Netflix spokesman declined to comment on the attendance but said: “We approach board practices with a high level of transparency.” In response to a complaint from Chevedden, Netflix said its “virtual” meeting was more accessible to stockholders.

Of nine Twitter directors, only CEO Jack Dorsey was identified as present at its meeting on May 30, also held only online. Two Twitter directors attended last year’s event, down from six in 2016 and five in 2015, filings show. A Twitter spokeswoman declined to comment on the figures and said the online format was aimed at boosting stockholder participation.

Reporting by Ross Kerber in Boston; Editing by Bill Rigby