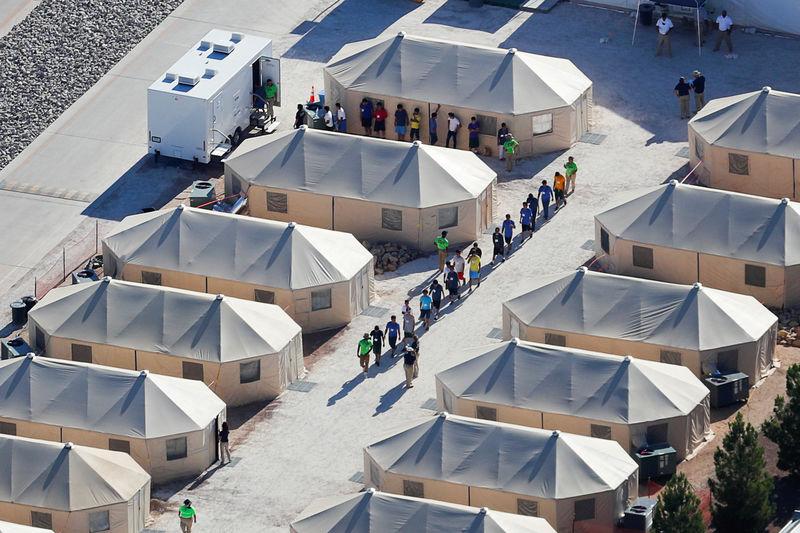 (Reuters) – The American Civil Liberties Union on Monday urged a federal judge to issue a preliminary injunction to block the Trump administration from routinely separating unauthorized immigrant parents from their children.

In a filing with the U.S. District Court in San Diego, the ACLU said an injunction was needed because President Donald Trump’s June 20 executive order to end separations contained “loopholes,” even when children’s welfare might be endangered.

An injunction would also require families to be reunified within 30 days, unless the parents were unfit or were housed in adult-only criminal facilities. The government could appeal.

A spokeswoman for U.S. Attorney Adam Braverman, whose office represents the government, did not immediately respond to requests for comment.

The filing came after U.S. District Judge Dana Sabraw on June 6 said forced separations could be unconstitutional, and rejected the government’s bid to dismiss the ACLU’s lawsuit.

Sabraw said the civil rights group’s allegations “sufficiently describe government conduct that arbitrarily tears at the sacred bond between parent and child” and could “shock the conscience,” a legal standard for determining a due process violation.

“Such conduct, if true, as it is assumed to be on the present motion, is brutal, offensive, and fails to comport with traditional notions of fair play and decency,” he wrote.

The ACLU had sued on behalf of a mother and her then 6-year-old daughter, who were detained separately last November after arriving in the United States to seek asylum and escape religious persecution in the Democratic Republic of the Congo.

Though the mother and daughter, known in court papers as Ms. L and S.S., were reunited in March, the ACLU continued pursuing class-action claims on behalf of immigrants like them.

More than 2,300 immigrant children have been separated from their parents under Trump.

“The government’s existing ‘reunification’ process is not designed to address the current crisis,” the ACLU said.

Sabraw, an appointee of President George W. Bush, has not ruled on the merits of the ACLU’s case.

In an order made public on Monday, he cited the case’s “urgent nature” in directing the government to respond to the ACLU by early Tuesday morning, not Wednesday afternoon as previously scheduled.