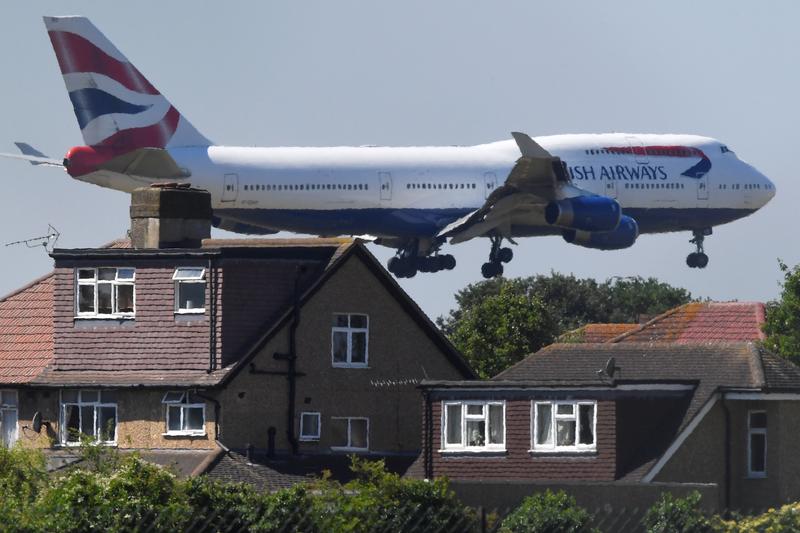 LONDON (Reuters) – British lawmakers will vote on whether to build a new runway at London’s Heathrow Airport on Monday, potentially paving the way for the airport’s expansion after decades of delays and policy U-turns.

The government is expected to win the vote, although the result could be close as the issue has split lawmakers regardless of their party lines, with some opposed to the extra noise and air pollution it will bring to London.

Heathrow is Europe’s busiest airport and operating at full capacity.

A 14 billion pound ($19 billion) plan to build a third runway faces opposition from local communities and environmentalists, but its backers say it is needed to enable new trade links after Britain leaves the European Union and help secure economic growth.

The decision to expand Heathrow follows almost half a century of indecision on how and where to add new airport capacity in densely populated southeast England. If it goes ahead, it will be the first full-length runway built in the London area for 70 years.

Prime Minister Theresa May “believes it sends out an important message about global Britain and making the most of the opportunities which lie ahead of us” after leaving the European Union, her spokesman told reporters.

Heathrow’s most high profile opponent foreign minister Boris Johnson, who once said he would lie down in front of bulldozers to stop the expansion, may not be in Britain on Monday and so miss the vote – sidestepping the embarrassment of either not supporting the government or breaking his word.

In a letter to voters according to the Evening Standard newspaper, Johnson said he had not followed Greg Hands, who resigned as trade minister last week over the expansion, as it would have achieved “absolutely nothing” because the odds in parliament were on Heathrow getting the go ahead.

After the opposition Labour Party said it would give its lawmakers the freedom to vote as they desired rather than forcing them to oppose the government, the vote is expected to pass.

However, if the Scottish National Party votes against the government, which the BBC reported was a possibility, it could make the outcome close.

Transport Minister Chris Grayling tried to win over lawmakers who represent constituencies far away from Heathrow by saying the government would safeguard connections between the country’s main hub airport and regional cities, including making some routes exempt from air passenger taxes.

In a statement ahead of a debate in the House of Commons later on Monday, Grayling issued reassurances that the cost of expansion would not fall on taxpayers and the project would be delivered within existing climate change and air quality obligations.

“At stake are thousands of new jobs and the country’s ability to compete on an international stage and win new global trade,” Grayling said.

“I hope colleagues from across the House will now put aside party and political differences to take a decision in the long-term national interest.”

Even if lawmakers approve the plan, it could still face a legal challenge from a group of local councils, and last week, the Mayor of London Sadiq Khan said he would join the action against the third runway if parliament voted to approve it.