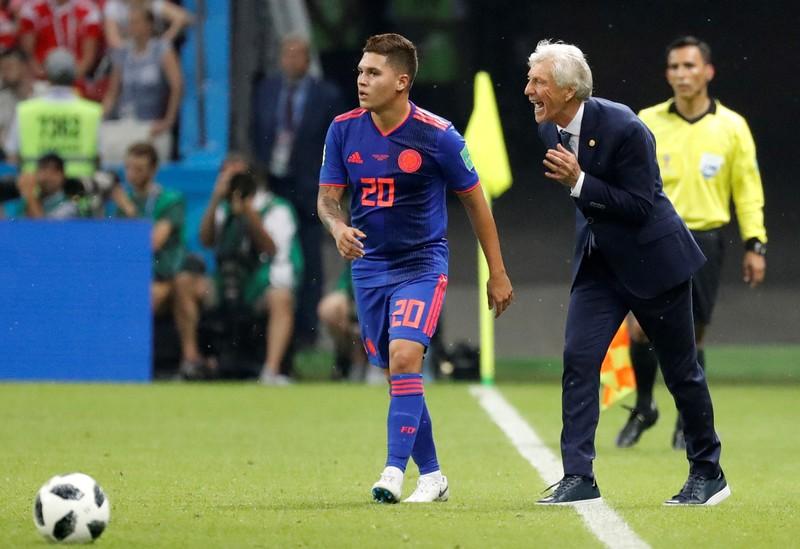 KAZAN, Russia (Reuters) – Colombia coach Jose Pekerman quickly put a lid on the euphoria surrounding the win over Poland on Sunday, warning that they still have plenty of work to do to get into the knockout stages of the World Cup.

It was a warning that understandably went unheeded by thousands of South Americans on the streets of Kazan in the early hours of Monday as they celebrated an emphatic 3-0 victory that breathed new life into their campaign.

After losing to Japan in their opener, however, Colombia are only third in Group H and require a win over Senegal in Samara on Thursday to guarantee them one of the top two spots.

“We are not qualified right now,” Pekerman told reporters. “We are out of the competition right now, we need to play at an extraordinary level to beat an extremely tough team, a team that is on the up and up, getting better.

“We’re talking about a strong side with excellent players and we’re going to have to be extremely strong to beat them.”

It was not just the margin of victory over a disappointing Poland side at the Kazan Arena that had the Colombian supporters excited, but the manner of it.

The midfield trio of James Rodriguez, Juan Quintero and Juan Cuadrado orchestrated a performance of real brio that revived memories of Colombia’s charge to the quarter-finals at the last World Cup.

“From beginning to end, we stayed true to our style,” Pekerman added.

“We were playing under the pressure of having to win and there could be no mistakes (but) as time went by we managed to impose this quality, this type of football that we have.

“Keeping the ball on the ground and not in the air, circulating the ball smoothly, having players exchange moves quickly. The team played as a unit … and the football emerged from this unity.

“I’m sure Senegal has its personal style but we will continue to play our style … We are going to go forward with faith.”

Pekerman said it would have been easy for the players to panic after the loss to Japan, which came after defender Carlos Sanchez was sent off in the third minute for a handball.

Having come through that test of their resolve against Poland, the wily Argentine was convinced his players would not fall victim to complacency and would be better equipped to deal with future setbacks.

“I really don’t think that they will fall victim to hubris and if we play slightly less well, they understand it can be due to any set of circumstances,” he said.

“This victory will make us stronger but we’re not going to go crazy. Mentally we’re in a good place but we need to continue to improve because we are ambitious and we want to continue in this World Cup.”