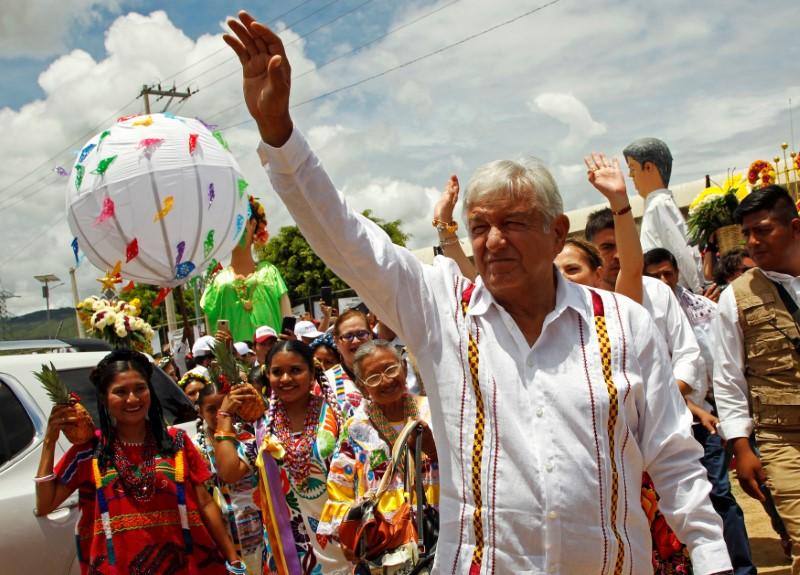 MEXICO CITY (Reuters) – Leftist candidate Andres Manuel Lopez Obrador has consolidated his commanding lead over rivals in the race to become Mexico’s next president with just a week to go, a voter survey by polling firm Consulta Mitofsky showed on Sunday.

The opinion poll showed Lopez Obrador, a former mayor of Mexico City, with support of 37.7 percent of voters, up 0.5 percentage points from a survey earlier this month.

Backing for his closest rival, Ricardo Anaya, who fronts a right-left coalition, inched down to 20.0 percent from 20.3 percent in the previous month, according to the nationwide poll of 1,000 voters from June 16-19.

A fourth candidate, independent Jaime Rodriguez, had 3.1 percent support, down by a tenth of a point.

The presidential election is on July 1.

Runner-up in the 2012 and 2006 elections, Lopez Obrador has capitalized on growing disenchantment with the PRI over record levels of violence, a series of political corruption scandals and sluggish economic growth.

Lopez Obrador, 64, has for years sought to lump together the established parties, which includes the center-right National Action Party (PAN) that governed Mexico from 2000 to 2012, as jointly complicit in the country’s woes.

Anaya, a former leader of the PAN, has been unable to build on his early support, and has spent much of the campaign defending himself against attacks from the PRI.

The poll had a margin of error of up to 3.1 percentage points, Mitofsky said.