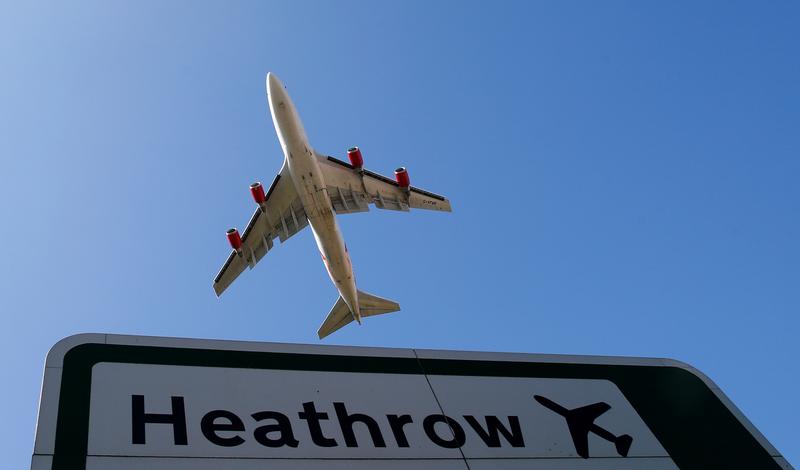 LONDON (Reuters) – British MPs will vote on whether to build a new runway at London’s Heathrow Airport on Monday, potentially paving the way for the airport’s expansion after decades of delays and policy U-turns.

The government is expected to win the vote, although the result could be close on the issue which has split MPs regardless of their party lines, with some opposed to the extra noise and air pollution it will bring to London.

Heathrow is Europe’s busiest airport but is now operating at full capacity. A 14 billion pound plan to build a third runway faces opposition from local communities and environmentalists, but its backers say it is needed to enable new trade links and help secure economic growth.

The decision to expand Heathrow follows almost half a century of indecision on how and where to add new airport capacity in densely populated southeast England. If it goes ahead, it will be the first full-length runway built in the London area for 70 years.

However, if the Scottish National Party votes against the government, which the BBC reported was a possibility, it could make the outcome close.

Heathrow’s most high profile opponent, Foreign Minister Boris Johnson, who once said he would lie down in front of bulldozers to stop the expansion, may be out of Britain on Monday and so not attend the vote in parliament.

Even if MPs approve the plan, it could still face a legal challenge from a group of local councils, and last week, the Mayor of London Sadiq Khan said he would join the action against the third runway if parliament voted to approve it.