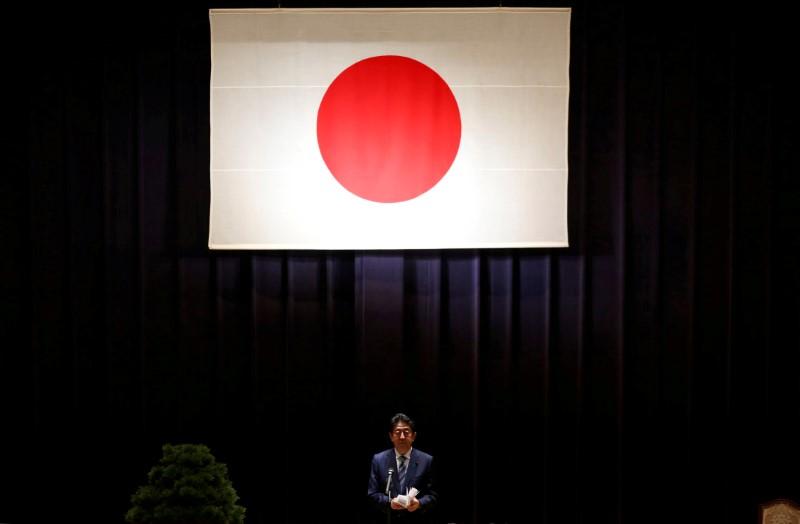 TOKYO (Reuters) – Prime Minister Shinzo Abe’s support rose 10 points to outstrip his disapproval rating for the first time since February, a survey showed on Monday, boosting his chance of weathering a series of scandals to become Japan’s longest-serving premier.

Abe’s ratings have been on a roller coaster since last year, when the public learned of the heavily discounted sale of state-owned land to a school operator with ties to his wife. Questions also arose over government approval for a new veterinary school by another educational body run by a friend of Abe.

Abe’s support rate jumped to 52 percent in a June 22-24 survey by the Nikkei business daily, while his disapproval rating fell to 42 percent.

Those backing the prime minister cited his global view and the stability of his government as the reason – although a hefty majority of voters still don’t think the scandals have been resolved, the paper said. International news including U.S. President Donald Trump’s historic summit with North Korean leader Kim Jong Un overshadowed scandal news in June.

Abe, who returned to power for a rare second term in 2012 promising to reboot the economy and strengthen defense, also topped the list of lawmakers whom voters want to see win a September ruling Liberal Democratic Party (LDP) leadership race.

If Abe wins re-election as LDP head and his party remains in power, he could stay premier into September 2021. Combined with his 2006-2007 tenure, that would make him the longest-serving leader of a country more accustomed to short-term premiers.

Whether Abe could then achieve his goal of revising Japan’s pacifist constitution, however, is far from clear. He wants to add a clause to the charter’s Article 9 to legitimize the military. Read literally, Article 9 bans a standing military but has been interpreted to allow armed forces for self-defense.