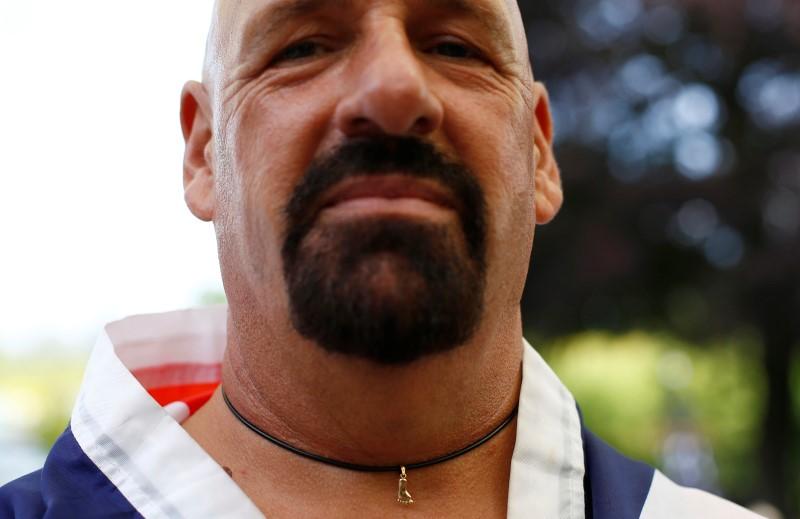 FENNY BENTLEY, England (Reuters) – In a pub in central England, fans of toe wrestling cheered their hero as he entered the ring, rock music blaring, to defend his world title.

With his bald head, goatee and body builder’s vest, Alan “Nasty” Nash struck an imposing figure as he strode through a crowd of dozens of spectators at the Bentley Brook Inn village pub in Derbyshire.

Established in the 1970s, the sport is similar to arm wrestling. After having their feet inspected for signs of fungus or injury, contestants sit on the floor, facing each other, lock toes and try to push their opponent’s foot to the side.

FILE PHOTO: The toe of Alan “Nasty” Nash is seen, as he waits to compete in the World Toe Wrestling championships in Ashbourne, central England June 8, 2013. REUTERS/Darren Staples/File Photo

“It gets harder each year as I’m getting a bit older,” Nash told Reuters. “Training gets harder but determination gets stronger and the head gets stronger. I reckon I can outsmart people rather than outfight them and still win.”

And he did, defeating Ben Woodroffe in the men’s final to take his 15th championship.