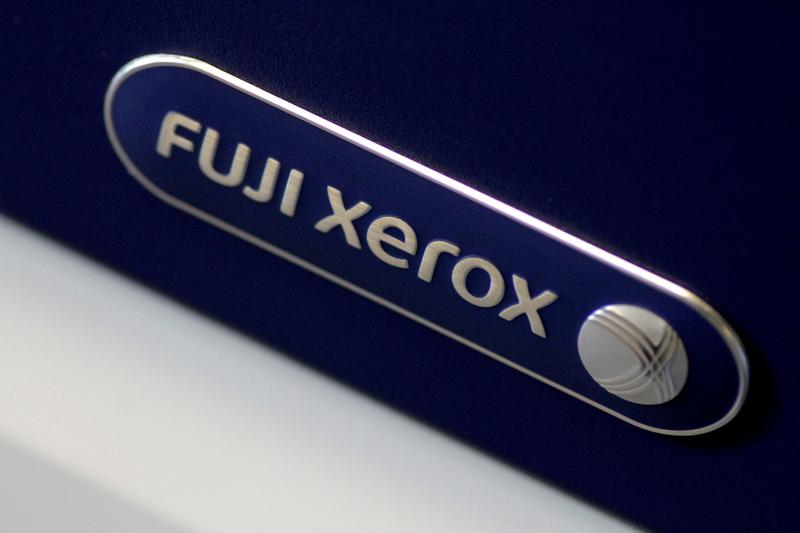 (Reuters) – Xerox Corp said on Monday it would start sourcing products from new vendors to lower its dependency on Fujifilm Holdings Corp and may not renew its technology agreement with the 56-year-old joint venture Fuji Xerox.

FILE PHOTO: The Fuji Xerox logo is seen on a photocopier in this illustration photo January 19, 2018. REUTERS/Thomas White/Illustration/File Photo

Fujifilm sued Xerox last week for well over $1 billion, faulting the printer and copier company for succumbing to pressure from activist investors Carl Icahn and Darwin Deason in calling off a proposed merger agreed in January.

“Fujifilm’s actions have forced us to move forward on several fronts to protect our supply chain,” Xerox said in a statement.

Fuji Xerox, 75 percent owned by Japan’s Fujifilm and rest by Xerox, handles contracts that supply global clients with Xerox services in the United States and Europe, as well as Fuji Xerox services in Asia. Moreover, Xerox no longer builds its own office copiers, instead relying mostly on Fuji Xerox.

The joint venture has existed in various forms since 1962 and the current structure dates to 2001. The terms on regional coverage expire in March 2021.

“We will detail for our shareholders the enormous opportunity for Xerox to sell products directly into the growing Asia-Pacific market with sole and exclusive use of the valuable Xerox name, and a more efficient, better managed supply chain than exists with Fuji Xerox today,” Xerox said.

Xerox had said in February that walking away from the joint venture would require it to completely rebuild its supply chain, which would be extremely expensive and take years to implement.

Fujifilm Chief Executive Shigetaka Komori said earlier this month that Xerox depends on Fuji Xerox to produce almost all of the U.S. firm’s copier machines and, unlike Xerox, the company can grow on its own.

Xerox shares were marginally down at $26.30 in trading before the bell.

Reporting by Supantha Mukherjee in Bengaluru and Makiko Yamazaki in Tokyo; Editing by Anil D’Silva