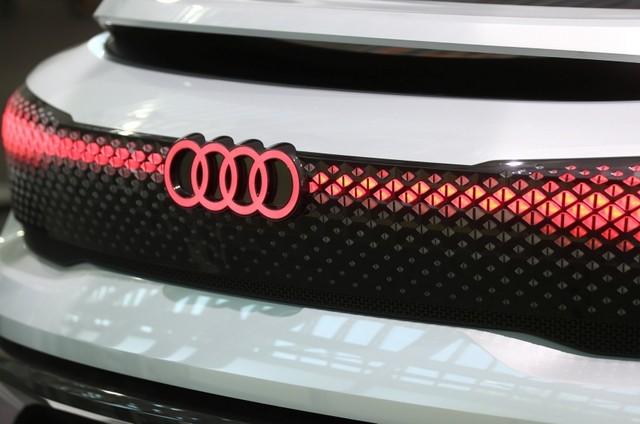 FILE PHOTO: Audi sign is seen on the show car at the Audi Forum before the company’s annual shareholders meeting in Ingolstadt, Germany May 9, 2018. REUTERS/Michael Dalder/File Photo

Audi, through its self driving car unit Autonomous Intelligent Driving GmbH (AID), is the first major carmaker to sign a multi-year partnership on Cognata’s platform, which will help it reduce the time to get its autonomous cars to market.

“At AID, we are convinced that simulation is a key tool to increase our development speed and a necessary one for the validation of our product and for proving it is safe,” AID Chief Technology Officer Alex Haag said.

“After exploring various solutions, we decided that partnering with Cognata is the fastest way to reach these goals,” Haag added.

A slew of car and technology companies from U.S. No.1 automaker General Motors Co (GM.N) to Uber [UBER.UL] and Alphabet Inc’s Waymo are investing in testing autonomous capabilities and looking to launch the technology for commercial use soon.

The AID-Cognata deal comes at a time when Israel’s defense technology, which has helped its military drive tanks, guide and intercept missiles, and keep its computer systems secure, is being redeployed in the development of driverless cars.

Cognata, which competes with firms including Redwood City, California-based Metamoto, had raised a total of $5 million as of the last funding round in 2017.

Reporting by Ankit Ajmera in Bengaluru; Editing by Shailesh Kuber