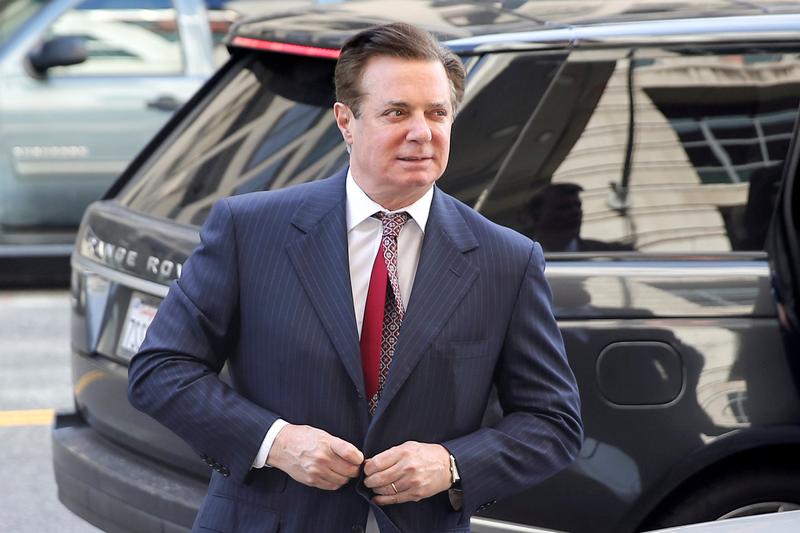 WASHINGTON (Reuters) – Lawyers for Paul Manafort, Donald Trump’s former presidential campaign manager, said on Monday they plan to appeal a judge’s decision to jail Manafort while he awaits a criminal trial in Washington this fall.

Judge Amy Berman Jackson in U.S. District Court for the District of Columbia sided with prosecutors from Special Counsel Robert Mueller’s office this month, agreeing to send Manafort to jail after he was hit with new criminal charges that he tampered with witnesses while under house arrest.

Manafort’s attorneys also said on Monday they plan to appeal an April 27 decision by Jackson dismissing a related civil lawsuit that had challenged the scope of Mueller’s authority.

Manafort is facing two indictments in Washington and Virginia arising from Mueller’s investigation into potential collusion between Trump’s 2016 presidential campaign and Russia. His Washington trial is scheduled for September.

Manafort has pleaded not guilty to charges including conspiring to launder money, bank and tax fraud and failing to register as a foreign agent for the pro-Russia Ukraine government.

He has been held in a jail in Virginia since Jackson revoked his bond on June 15, after prosecutors presented evidence during a court hearing about Manafort’s alleged efforts to influence witnesses’ testimony.

On Monday, Manafort asked the U.S. District Court for the Eastern District of Virginia to agree that he not attend a motions hearing, according to a court filing.

His lawyers said in the filing that transport between jail and court would take at least two hours each way, and Manafort was waiving his right to attend Friday’s hearing and agreed to be represented by his attorneys instead.

To date, Manafort has not prevailed in any efforts to dismiss the charges or suppress evidence against him in the Washington case.

In April, when Jackson dismissed his civil case challenging Mueller’s authority, the judge found that using a civil case to challenge criminal charges “is not the appropriate vehicle” for attacking prosecutors’ actions.