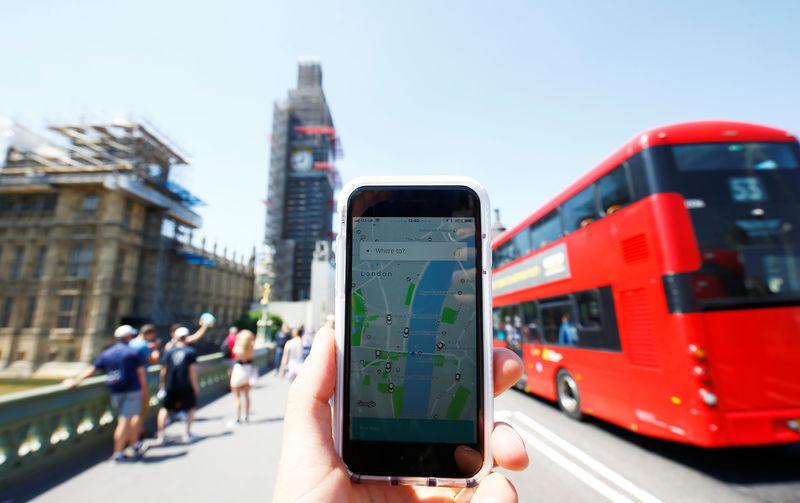 LONDON (Reuters) – Uber was granted a new, shorter, license to operate in London on Tuesday after a judge said it had made the changes required to be deemed fit and proper, after its earlier application was denied last year.

A photo illustration shows the Uber app and a bus in London, Britain, June 25, 2018. REUTERS/Henry Nicholls/Illustration

Transport for London (TfL) refused to give the Silicon Valley taxi firm a five-year operating license last September, citing failings in its approach to reporting serious criminal offences and to background checks on drivers.

But Judge Emma Arbuthnot at Westminster Magistrates Court ruled that Uber could operate in London on a 15-month license, subject to strict conditions.

Uber has admitted that TfL’s decision to deny it a license last year was the right one, but insists changes in policy and personnel justified the award of a shorter license to prove it had changed.