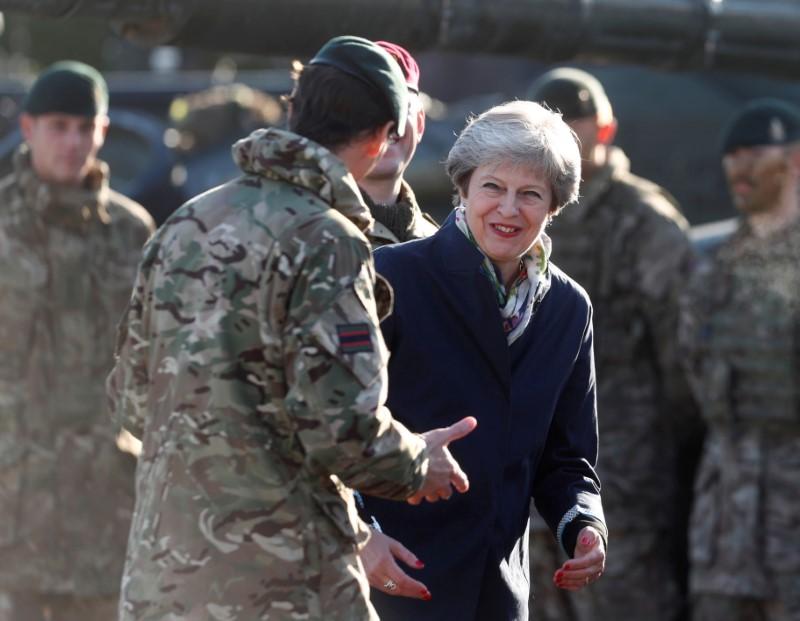 LONDON (Reuters) – Britain must raise defence spending to make sure it retains influence over the United States and maintain its leading role in the NATO military alliance, a report by a committee of MPs said on Tuesday.

Parliament’s Defence Committee said spending needed to increase to 2.5 percent of national output from its current level of 2 percent to retain Britain’s firepower. It said spending should rise to 3 percent if the armed forces’ capacity and capabilities were to be improved.

Britain’s 35.3 billion pound defence spending in 2016/17 makes it one of the few NATO members to meet a 2 percent target set by the U.S.-led alliance, which is seen as a bulwark against Russian military power.

But, as nearly a decade of public spending curbs threaten to reduce some areas of Britain’s military capabilities, Prime Minister Theresa May has been under pressure from some in her party and the overall defence community to increase funding.

“Defence spending is an area where a strong message needs to be sent to our allies and adversaries alike,” said defence committee chairman Julian Lewis.

The defence committee report came as fellow NATO member France launched a military force with other countries, including Britain outside the framework of the European Union, with the aim of bringing together a coalition of willing militaries ready to react to crises near Europe’s borders without NATO or the United States.

The defence committee report, which has no direct power to change policy, said Britain’s role within NATO helped to sustain the British-U.S. relationship. Close historical ties and a continuing ability to fight alongside the United States was important to their wider diplomatic relationship, it added.

“Military-to-military engagement between the UK and the U.S. is one of the linchpins of the bilateral relationship,” the report said, citing both operational and financial benefits.

“However, that will continue to be true only while the UK military retains both the capacity and capability to maintain interoperability with the U.S. military and to relieve U.S. burdens.”

Last week, the Financial Times said May had told Defence Secretary Gavin Williamson he needed to rethink the capabilities needed to be a modern military force and focus more on Britain’s ability to tackle cyber warfare threats, including from Russia.

Speaking on a visit to London ahead of a NATO summit next month, NATO Secretary-General Jens Stoltenberg warned last week transatlantic ties were under threat amid rows over trade, climate change and foreign policy, but that he believed they could survive.