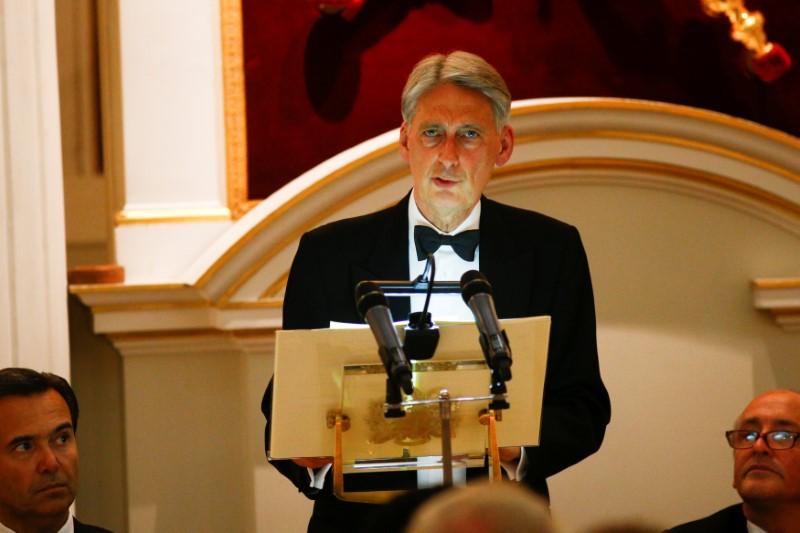 LONDON (Reuters) – British finance minister Philip Hammond said on Thursday that the prospect of a trade war would be a disaster, especially for the United States.

“I very much hope that we can avoid a full scale trade war (because) that would be a disaster for everyone, not least for the United States,” Hammond said in an interview with CNBC.

“But what I can say is this: whatever happens the UK will remain an outspoken proponent of open markets and free trade, low tariff barriers and low non-tariff barriers.”