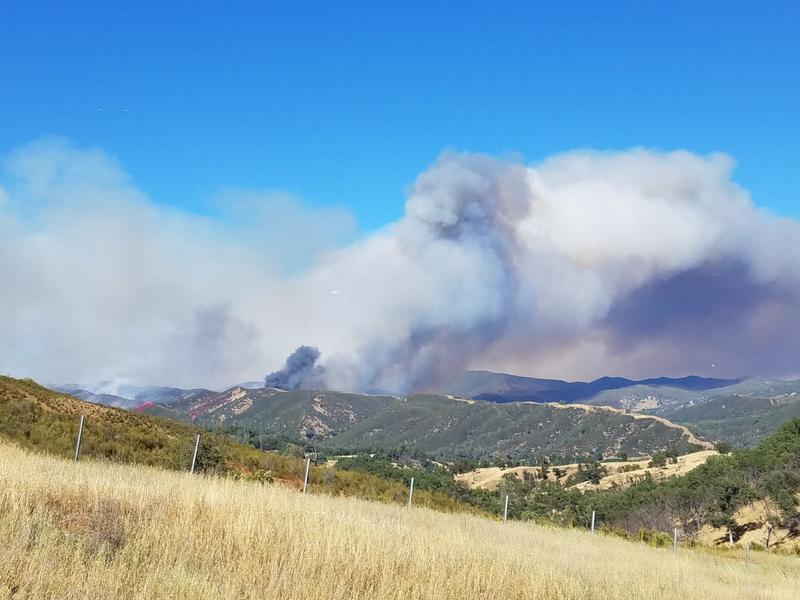 (Reuters) – Four wildfires burned in Northern California on Tuesday, threatening hundreds of homes, while another blaze in an area of New Mexico hard hit by drought will force most of a sprawling national park to close, fire officials said.

The most damaging blaze, the Pawnee Fire, burned in Lake County near the Mendocino National Forest, 70 miles (110 km) northwest of Sacramento. It had destroyed 22 buildings and charred 11,500 acres (4,654 hectares) by Tuesday afternoon, according to the California Department of Forestry and Fire Protection (Cal Fire).

The fire has forced about 1,500 people to evacuate, said Lieutenant Corey Paulich of the Lake County Sheriff’s Department.

The blaze was 5 percent contained, unchanged from Monday.

Lake County has now had at least one damaging wildfire each of the last four years, Paulich said.

“I don’t recall any fires as big in my first 19 years that we’ve had in the past four years,” said Paulich, a 23-year sheriff’s department veteran.

The fire’s growth on Tuesday was away from populated areas, Paulich said, adding that if that trend continues, residents may soon be allowed to return to their homes.

In New Mexico, most of the Carson National Forest will close on Wednesday. This will be the first time the 1.4 million acre (566,600 hectares) forest, larger than the state of Delaware, will close because of drought since 2011.

The closure is “strictly precautionary” and called due to the area being in the highest level of drought. The New Mexico fire is not expected to threaten any structures, the Carson National Forest said.

The Pawnee is one of four major wildfires burning in California as temperatures rise across the state. None are reported to have caused injuries.

Of the four, two were more than 50 percent contained by Tuesday afternoon, Cal Fire said.

The Lane Fire in Tehama County, 140 miles north of Sacramento and east of the Pawnee Fire, had blackened 3,800 acres and threatened 200 buildings, fire officials said. It was 45 percent contained.