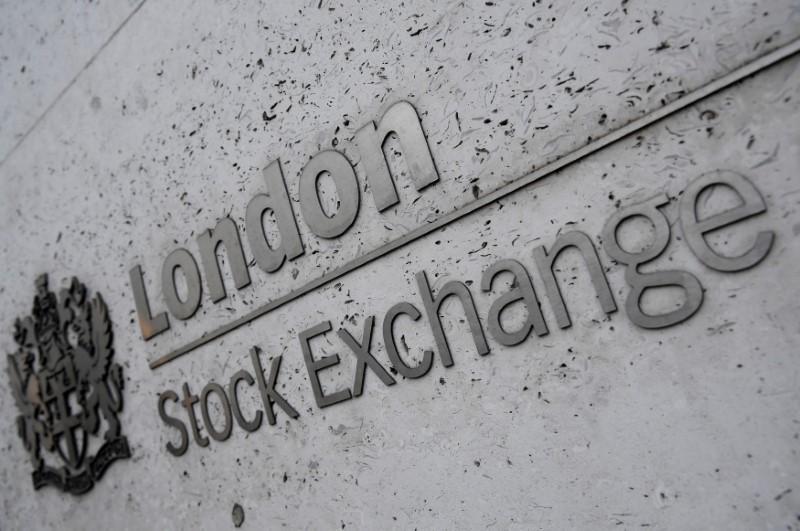 LONDON (Reuters) – A 2 percent slide in Chinese equities on Wednesday and a fresh weakening in the yuan highlighted mounting stress on the world’s number two economy from trade tensions with the United States, while global stocks slipped to approach two-month lows.

While the prospect of trade protectionism and tit-for-tat tariffs are raising serious fears for the world economy, the growth and inflation outlook is being further complicated by oil prices rising back above $75 per barrel, due to Washington pressuring its allies to halt Iranian imports.

The yuan slipped to a fresh six-month low against the dollar CNY=, as the central bank allowed the biggest one-day weakening in the currency in percentage terms since January 2017. Many analysts now see authorities allowing currency weakness in order to counter the hit to trade.

“After a lot of sabre-rattling, we are seeing Shanghai suffering a lot more than Wall Street, so clearly the first round (of trade war) has been won by America. Unfortunately, that then overflows into emerging markets and Europe, so it’s not a pretty time for investors,” said Peter Lowman, chief investment officer at UK wealth manager Investment Quorum.

Lowman said a ten-year equity bullmarket had left many assets “priced for perfection”, meaning setbacks could have an outsize impact, especially because central banks, led by the U.S. Federal Reserve, are tightening policy after years of ultra-low interest rates.

“Oil trading near $80 is going to put pressure on inflation around the world which means central bank policy may have to tighten quicker than expected,” Lowman added.

The Iran supply worries have overshadowed a supply increase agreed by OPEC and other oil producers last week, pushing Brent futures over $76 a barrel LCOc1

European shares, meanwhile, fell 0.5 percent to the lowest since April 12 . A near-one percent fall in auto shares .SXAP, among the most vulnerable to U.S. tariffs, took German equities 0.5 percent down to nearly three-month lows .GDAX.

Many investors still caution against reading too much into the fallout from the trade tensions, citing robust global growth and hopes of an ultimately pragmatic approach by leaders on the trade issue.

The greenback itself firmed modestly against a basket of currencies .DXY, recovering from 10-day lows, but it fell 0.3 percent against Japan’s yen which is considered a safe-haven asset JPY=D3.

Political concerns in Europe are also worrying investors at the margin as a row over migration policy in Germany’s coalition government rumbled on, raising concerns that the euro zone’s biggest economy could be headed for snap elections.

Reporting by Sujata Rao; additional reporting by Helen Reid in London and Wayne Cole in Sydney; Editing by Toby Chopra