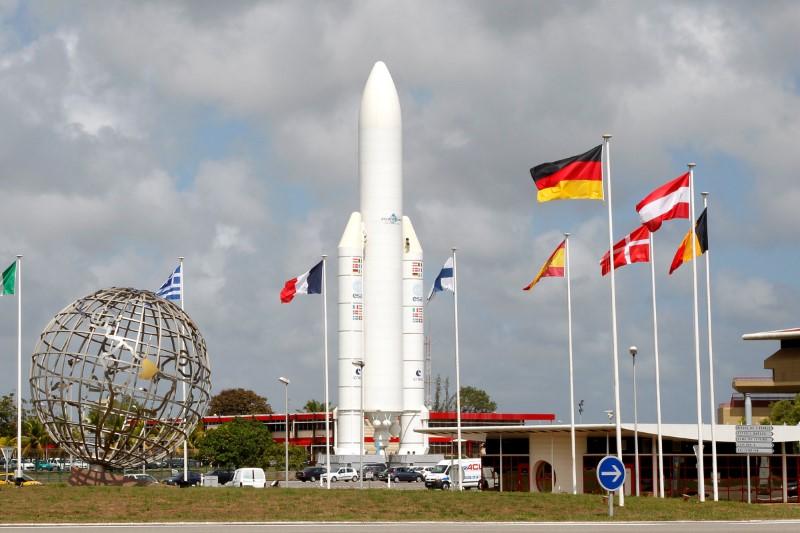 SINGAPORE (Reuters) – Arianespace expects its satellite launches in 2018 to fall short of a record target, hobbled partly by a data glitch that sent a rocket off course earlier this year, the chief executive of the European company told Reuters on Wednesday.

FILE PHOTO: A replica of the rocket Ariane 5 is seen at the entrance of the Guiana Space Centre in Kourou, French Guiana, October 17, 2011. REUTERS/Benoit Tessier/File Photo

The firm’s plans for record 14 launches suffered a setback when its Ariane 5 rocket deposited two satellites in the wrong orbit in January after being fed with incorrect data and an issue with satellite availability postponed a May takeoff.

Arianespace, majority-owned by a joint venture of Airbus and Safran, has so far conducted only three launches, but expects a busier second half, CEO Stephane Israel said. He now expects around 11 satellite launches for the year.

There might be a similar number of launches in 2019, but it is too early to give a definitive forecast, Israel said, adding the company was now focusing on gaining customers for the lower cost Ariane 6 rocket due to debut in 2020.

Arianespace is facing increased competition for the launch of commercial satellites with the emergence of rivals like tech billionaire Elon Musk’s SpaceX and China Great Wall Industry Corp, which has put it under pressure to provide reliable launches at competitive rates.

The European satellite launch firm is betting on the Ariane 6 project to deliver the “best mix between reliability, availability and competitiveness”, Israel said.

Arianespace expects the cost of launching the Ariane 6 will fall by 40 percent versus the Ariane 5 through design changes and higher volume production, bringing its prices in line with SpaceX, Israel said on the sidelines of a telecommunications trade show in Singapore.

The company has signed up three European-government linked launches for Ariane 6 and is hoping for four more to follow soon, along with the first commercial contract, he said.

Arianespace, which also launches the smaller Soyuz and Vega rockets, plans to launch 11-12 Ariane 6s from its facilities in French Guiana a year.

The European Commission this month said it planned to increase its budget for space programs to 16 billion euros ($18.74 billion) between 2021 and 2027, aiming to consolidate the bloc’s role as a “space power”.