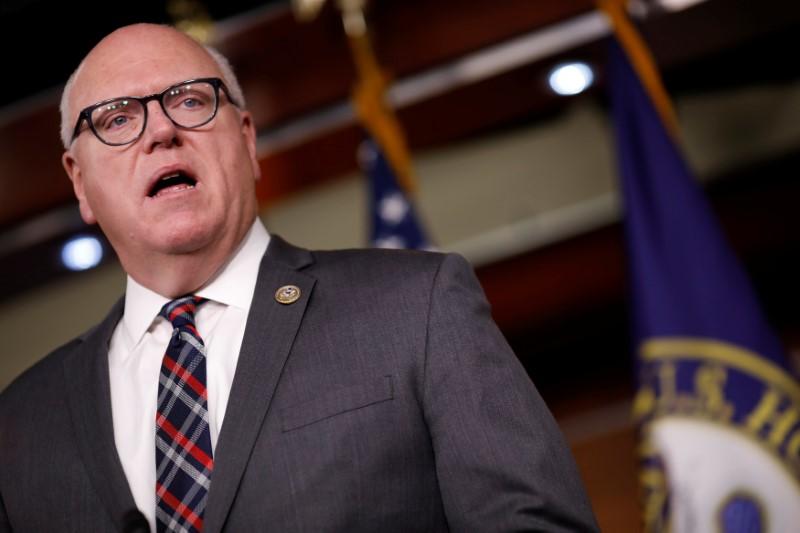 NEW YORK (Reuters) – U.S. Representative Joseph Crowley, a high-ranking Democrat seen as a possible future leader of the chamber, lost his re-election bid on Tuesday in an upset that highlighted the ideological battles at play in this year’s midterm elections.

Crowley, a 10-term incumbent who was fourth in line in the House of Representatives’ Democratic leadership, was defeated by 28-year-old challenger Alexandria Ocasio-Cortez in a safely Democratic district in New York City.

The outcome of the race in New York, one of seven U.S. states that held nominating contests, known as primaries, on Tuesday, added fuel to the battle between the Democratic Party’s establishment wing, led by longtime House Democratic leader Nancy Pelosi, and a more liberal faction inspired by Bernie Sanders’ presidential run in 2016.

Should Democrats win control of the House of Representatives in November, Crowley would have been considered on the shortlist for speaker. Instead, after conceding the race, he said he would support Ocasio-Cortez in the general election.

“The Trump administration is a threat to everything we stand for here in Queens and the Bronx, and if we don’t win back the House this November, we will lose the nation we love,” Crowley said in a statement.

In South Carolina, Governor Henry McMaster beat businessman John Warren in a runoff election held a day after the incumbent campaigned alongside the president.

In a bitter matchup in New York City’s Staten Island borough, incumbent Dan Donovan easily held off the man he replaced in Congress, Michael Grimm, who resigned three years ago after pleading guilty to tax fraud.

“New York, and my many friends on Staten Island, have elected someone they have always been very proud of,” Trump said on Twitter late on Tuesday, congratulating Donovan.

Grimm, a bombastic former Federal Bureau of Investigation agent known for once threatening to toss a television reporter off a balcony, had cast himself as the true Trump supporter in what had become a nasty, insult-laden campaign. He said his conviction was due to a “witch hunt,” echoing Trump’s characterization of the investigation into his campaign’s possible ties to Russia.

Voters in Colorado, Maryland, Mississippi, New York, Oklahoma, South Carolina and Utah picked candidates on Tuesday for the Nov. 6 midterm elections that will determine whether Republicans maintain control of both chambers of the U.S. Congress as well as numerous gubernatorial seats.

Democrats need to flip 23 of 435 seats to take over the House of Representatives, which would stymie much of Trump’s agenda while likely opening up new avenues of investigation into his administration. They would have to net two seats to take the Senate, but face longer odds there.

In Colorado, an establishment-backed Democrat defeated a liberal insurgent to win the right to take on incumbent Republican Representative Mike Coffman, whose district favored Democrat Hillary Clinton over Trump in 2016.

Jason Crow, an Iraq war veteran backed by the national party, faced Levi Tillemann, who was endorsed by Our Revolution, a group born out of Sanders’ presidential bid. Tillemann earned attention this month with an anti-gun violence video in which he blasted himself in the face with pepper spray.

Democratic U.S. Representative Jared Polis won his party’s nomination for governor in Colorado and could become the first openly gay man to be elected governor of a U.S. state. He will face Republican Walker Stapleton, the state’s treasurer, in November.

In Utah, former Republican presidential nominee Mitt Romney easily won his party’s nod for Senate. He will be heavily favored in November in the conservative state.