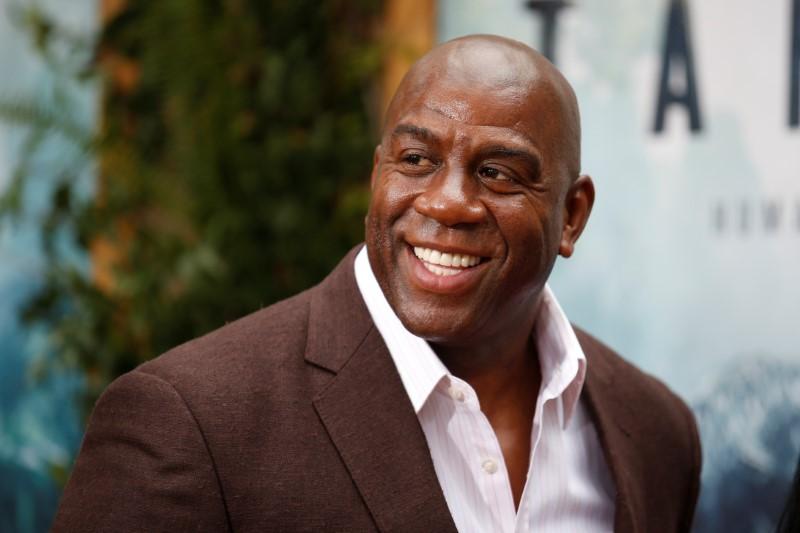 Magic Johnson is confident he and the Los Angeles Lakers will lure big-name free agents to join the team, but he also isn’t putting all of his eggs in this summer’s basket.

When asked by reporters Tuesday if it will be a failure if the Lakers don’t sign a star like LeBron James or Paul George next month, Johnson responded, “No, because I told you this is two summers.”

“We don’t know what people are going to decide,” he continued. “And we can’t control that so if guys decide not to come here, it’s not a failure, we turn to next summer.

“Next summer if nobody comes and I’m still sitting here like this, then it’s a failure. But if you judge us on one summer that’s ridiculous. Then a lot of dudes shouldn’t be in their roles. Because if we’re banking on one summer for the Lakers, we’re in trouble.”

Johnson, who was named president of basketball operations in March of 2017, then went a step further and seemingly placed a ticking clock on himself.

“You have to give us time,” he said. “This class, like I told you before I took the job and when I took the job, it’s going to be a two-summer thing for the Lakers. This summer and next summer. That’s it.

“If I can’t deliver, I’m going to step down myself. [Controlling owner Jeanie Buss] won’t have to fire me, I’ll step away from it, because I can’t do this job.”

A team source told ESPN Tuesday that the Lakers did not know Johnson was going to make that sort of statement, calling it an example of his “competitiveness.”

L.A. has spent much Johnson’s tenure in charge clearing future salary to make a run at signing big-name players like James and George, who are both expected to be available this summer. The Lakers have the cap flexibility to sign two players to max-level contracts once free agency opens on Sunday.

ESPN reported last week that the team recently held a meeting to warn all employees about the possibility of tampering ahead of the opening of free agency.