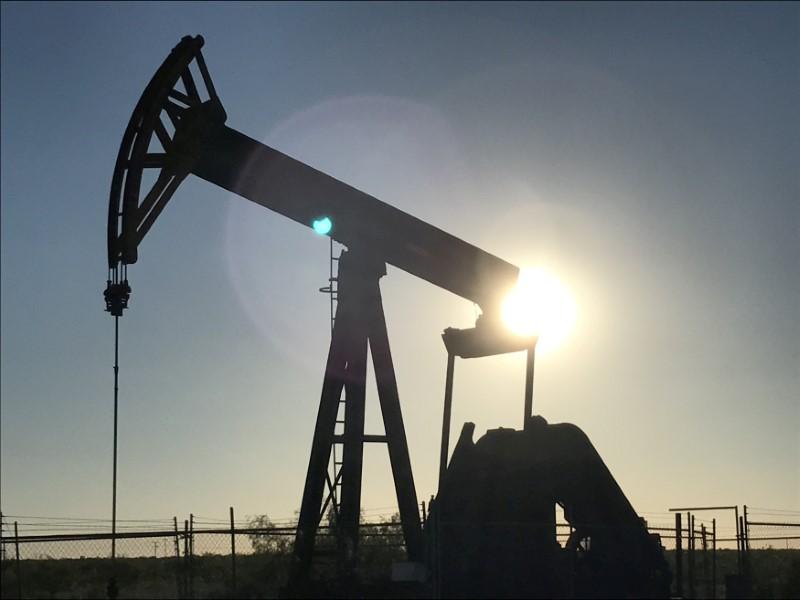 SINGAPORE (Reuters) – Oil prices rose on Wednesday, pushed up by supply disruptions in Libya and Canada and after U.S. officials said all countries should stop Iranian crude imports from November.

The United States has told countries to cut imports of Iranian oil to zero from November, a senior State Department official said on Tuesday.

“Oil prices were flying higher overnight after catching an updraft from the U.S. administration calling for allies to cut Iran imports to zero tolerance,” said Stephen Innes, head of trading for Asia-Pacific at futures brokerage OANDA.

He also warned “Libya will continue to be a significant point of concern in the oil supply chain”.

A power struggle between the official government and rebels has left it unclear who will handle Libya’s large oil reserves, although as of late Tuesday sources said the country’s oil ports of Hariga and Zueitina in eastern Libya appeared to be working normally.

For North America, Innes said “the market continues to focus on Syncrude Canada where 350,000 barrels per day (bpd) remain in limbo after a transformer blew and shut a critical oil sands upgrader on June 2”. He added that repairs would likely last until the end of July.

Innes said the outage had contributed to a major draw in U.S. crude oil inventories.

The American Petroleum Institute (API) on Tuesday reported a 9.2 million barrel reduction in U.S. crude inventories in the week to June 22 to 421.4 million barrels.

Trying to make up for disrupted supply, the Organization of the Petroleum Exporting Countries (OPEC) and a group of non-OPEC partners including top producer OPEC said late last week they would increase output.

Top exporter and de-facto OPEC leader Saudi Arabia plans to pump up to 11 million bpd in July, the highest in its history, up from about 10.8 million bpd in June, an industry source familiar with Saudi oil production plans told Reuters on Tuesday.

It also said rising U.S. oil production could be prevented from being exported until pipeline capacity was expanded next year.

“Considering significant future supply losses faced by Iran (under U.S. sanctions) and supply risks in Venezuela and Libya … oil fundamentals still remain favourable for oil prices to rise over the next 6 months despite the OPEC+ decision,” BNP said.