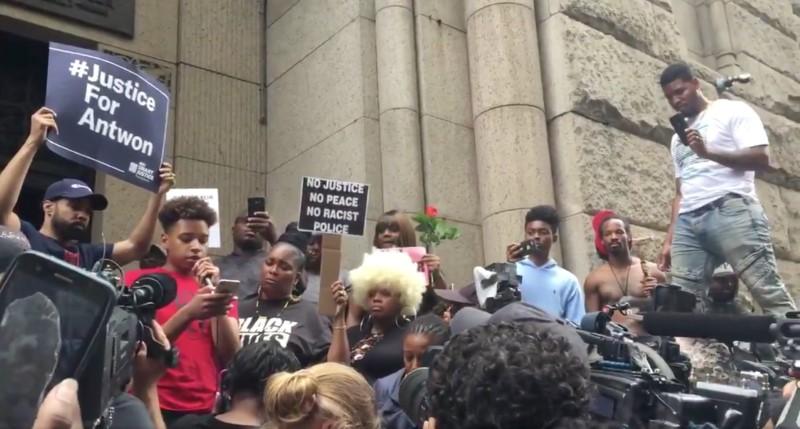 (Reuters) – An East Pittsburgh police officer has been charged with criminal homicide in last week’s shooting death of an unarmed black teenager that sparked a wave of protests, a spokesman for local prosecutors said on Wednesday.

A boy reads out a poem written by Antwon Rose during a protest in Pittsburgh, Pennsylvania, U.S. June 21, 2018 in this still image taken from a video obtained from social media. J. Dale Shoemaker/PublicSource/via REUTERS

Rosfeld has turned himself in, the Pittsburgh Post Gazette reported. An attorney for the officer could not immediately be reached for comment.

Rose’s death was the latest in a string of killings of black men by police that has triggered street protests and fueled a national debate about racial bias in the U.S. criminal justice system.

Video footage of the shooting circulated widely online and showed two men running away from a car that had been stopped by police. Both men appeared to fall to the ground as gunfire was heard.

Four people were arrested during a largely peaceful protest on Friday over the incident.