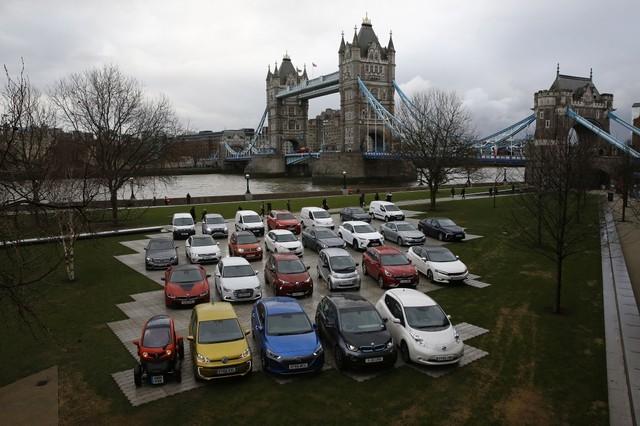 LONDON (Reuters) – Britain must set out policies and incentives to cut more greenhouse gas emission or the taxpayer will face higher costs to meet legally-binding targets for reductions, the government’s climate advisers said on Thursday.

Britain has cut greenhouse gas emissions by 43 percent from 1990 levels, but three quarters of that came from the power sector, the Committee on Climate Change said in a report.

Britain has also committed to cut greenhouse gas emissions by 80 percent by 2050.

The power sector has cut emissions by almost 60 percent in the past nine years due to more use of cleaner or renewable energy, driven by market forces such as the shift from coal to gas. But the report said government action was needed to deliver further cuts.

“The market alone is unlikely to deliver a solution. This year, emissions in the industry, buildings and waste sectors have increased; and emissions in transport and agriculture are flat,” the report said. “This is now an acute concern – progress in the last five years has effectively stalled.”

In the shorter-term, cheap onshore wind was not used enough, insulation of homes had dropped significantly after financial incentives were withdrawn and the creation of woodland to soak up gases from the air had slowed, the report said.

Longer-term goals required broader reforms, including emission-free transport, the use of new energy sources such as hydrogen and kick-starting Carbon Capture and Storage (CCS) projects, the report said.

The government’s Clean Growth Strategy, announced last year, did not have enough detail and a “Road to Zero” vehicle strategy had been delayed, the report said, adding transport was now the biggest emitter.

“Taking action in all of these areas could enable the cost-effective path to 2050 to be met,” it said.

On a positive note, it said the 43 percent greenhouse gas emissions reduction made since 1990 had caused the country to be “much admired globally for its climate governance and progress”.

“We must now step beyond the well-trodden path into every sector of the economy. Indecision risks undermining the remarkable successes of the last decade,” Lord Deben, chairman of the committee, said in a foreword to the report.