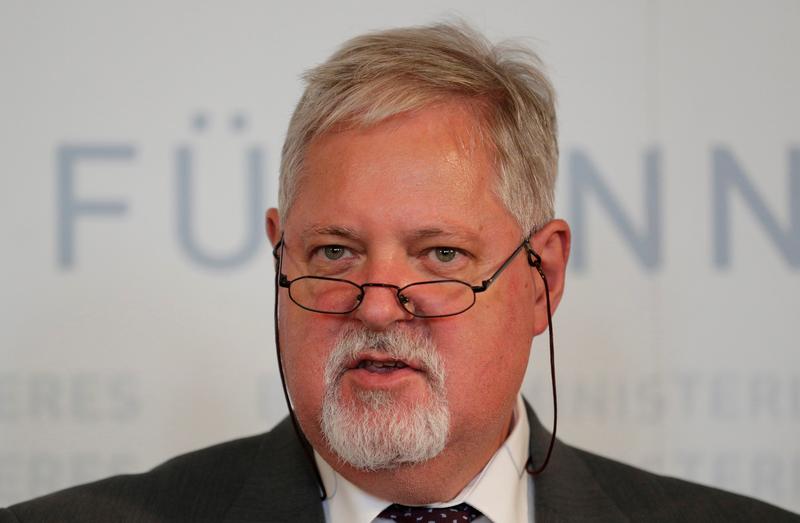 VIENNA (Reuters) – Austria’s counter-intelligence chief says he is pleased that European Union nerve center Brussels is now a bigger den of spies than Vienna, though hundreds of foreign agents still work under diplomatic cover in the Austrian capital.

Vienna has long been famed as a hot spot for espionage but officials rarely comment on it. During the Cold War it was roughly an hour’s drive from the Iron Curtain, and so a favored listening post near the Communist bloc. The city was divided into four Allied power sectors until 1955, much as Berlin was.

Today the presence of a United Nations hub, including the U.N. nuclear watchdog, and the Organization for Security and Cooperation in Europe (OSCE) means many countries have an embassy to Austria plus two extra diplomatic missions.

“I am glad that Brussels has now overtaken Vienna and there is now a greater density of so-called intelligence services from outside the EU in Brussels than here,” Peter Gridling, the head of Austria’s main domestic intelligence agency told a news conference on Thursday.

“We are talking about a community of hundreds of people. But fewer than 1,000,” Gridling said when asked how many foreign agents were working at diplomatic missions. He declined to be more specific.

Gridling was presenting an annual report on the activities of the Federal Office for the Protection of the Constitution and Counterterrorism (BVT) that he leads. It said the number of intelligence agents posted at diplomatic missions in Austria remained “high” and Austria was a “favored area of operations”.

Vienna’s main airport was the site of a spy swap between Russia and the United States in 2010. One of the agents exchanged was Sergei Skripal, once a colonel in Russia’s military intelligence who worked as a British double agent.

Britain blamed Moscow for the poisoning by nerve agent of Skripal and his daughter in southern England in March. That prompted the broadest Western expulsion of Russian diplomats since the Cold War, with most EU countries kicking out one or more Russian envoys. Russia denies Britain’s accusation.

Despite Austria’s abundance of foreign diplomats and spies, it did not expel any Russian envoys over the Skripal affair, citing its neutrality and the government’s intention to be a “bridge-builder” between east and west.

Russian President Vladimir Putin visited Vienna this month, his first trip to a Western country since the Skripal poisoning.