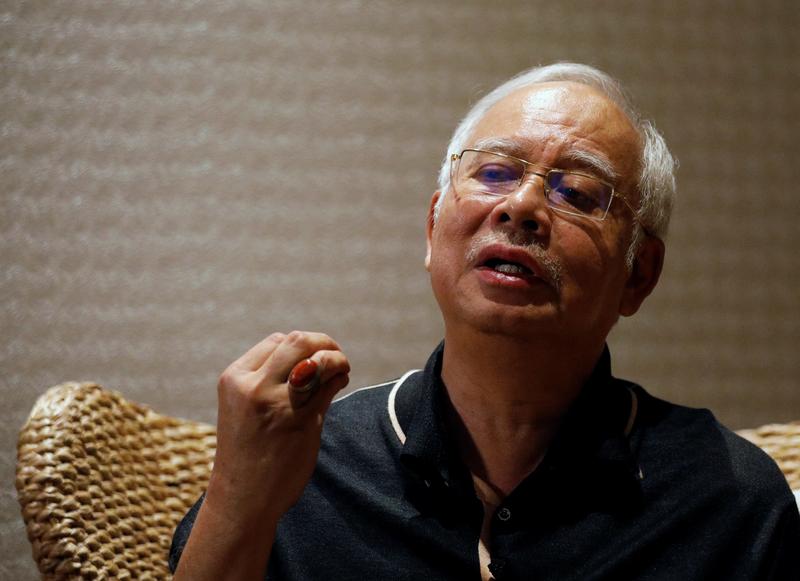 Thousands of luxury items were seized by police in raids on premises linked to Najib last month, part of a renewed investigation into how billions of dollars went missing from state fund 1Malaysia Development Berhad (1MDB), founded by Najib in 2009.

Najib said most of the items seized were “gifts from friends, foreign dignitaries including royalty for various occasions including official visits and family events”.

“Any valuation based on retail price and at current prices would be unrealistic, likely to be grossly inflated and will give a very distorted picture as these items were received as gifts over a period that spans decades,” Najib said in a statement.

He said the valuation of the items “appears to be done with a view for political vengeance and political attack on my family”.

On Wednesday, police said they would soon question Najib and his wife, Rosmah Mansor, over the haul from six premises.

Najib said many of the items were kept in boxes that had been labeled with item descriptions, photographs, date of receipt and the identity of those who gave the gifts, including the watch which he said was a gift from the interior minister of a Middle Eastern country.

Since his shock election loss to Mahathir Mohamad in May, Najib has been barred from leaving the country, questioned by the anti-graft agency and had his personal and family houses searched as part of the 1MDB probe.

Najib denies wrongdoing and told Reuters last week that most of the items seized from his houses were gifts given to his wife and daughter and had nothing to do with 1MDB.

Mahathir, in an interview with Reuters last week, said Najib was fully responsible for the 1MDB scandal and that authorities have “an almost perfect case” against him.

The U.S. Department of Justice has said a total of $4.5 billion was misappropriated from the fund.