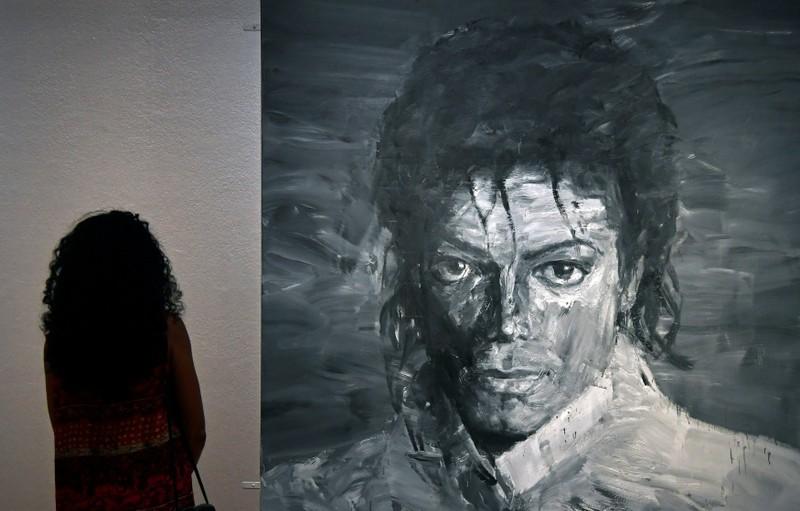 LONDON (Reuters) – From an Andy Warhol print to the final commissioned portrait of Michael Jackson, artworks depicting the King of Pop went on display in London on Thursday in a new exhibition looking at his influence on artists.

A visitor views ‘In Memory of Michael Jackson 1958-2009’ by Yan Pei-Ming which forms part of the exhibition ‘Michael Jackson: On The Wall’ showing until October 21 at the National Portrait Gallery in London, Britain, June 28, 2018. REUTERS/Toby Melville

“Michael Jackson: On the Wall” features an array of portraits and Jackson-inspired works including a quilt, collages, videos and installations.

Also on display is a jacket adorned with cutlery and “Equestrian Portrait of King Philip II (Michael Jackson)” by New York artist Kehinde Wiley, the last commissioned portrait of the star before his death in 2009.

Work on the painting, which depicts the “Thriller” singer wearing armor and riding a horse, started before Jackson’s death and was finished posthumously.

The show is at the National Portrait Gallery until October, then heads to France, Germany and Finland.