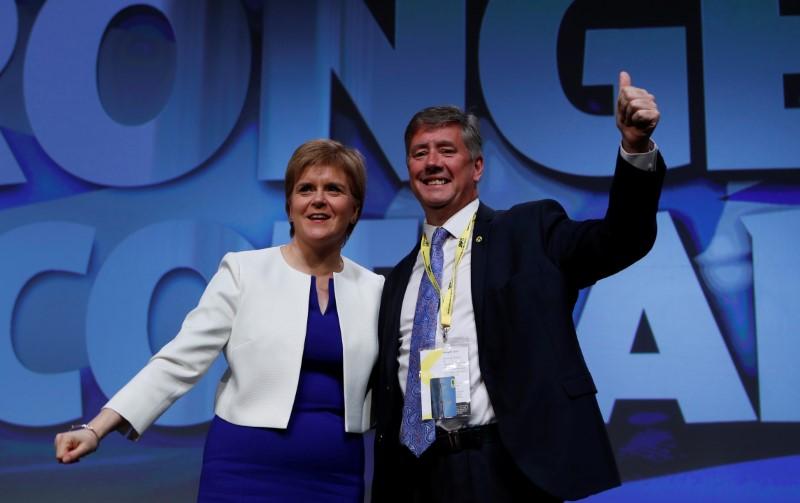 EDINBURGH (Reuters) – Scottish First Minister Nicola Sturgeon has moved one of her key allies into a campaigning role because she thinks the United Kingdom could hold a national election just before it is due to leave the European Union.

In one of the most tumultuous periods in recent British political history, there have been four major elections in the past four years: the Scottish independence referendum of 2014, the 2015 UK election, the Brexit referendum of 2016 and the snap election called by Prime Minister Theresa May last year.

Sturgeon’s pro-independence Scottish National Party says it must be prepared for every eventuality as May, who leads a deeply divided party and country, struggles to strike a Brexit deal with the EU before exiting the bloc on March 29, 2019.

In an attempt to prepare her party for a possible election, Sturgeon moved the economy minister in her devolved government, Keith Brown, to take over campaigning at the SNP, Sturgeon’s education minister John Swinney told BBC radio.

The SNP is priming itself for “the possibility of an early election in the autumn for which the party has to be ready, and also to make sure the party is advancing the arguments around independence,” Swinney said.

In the Brexit referendum, the United Kingdom voted 52-48 percent to leave the EU. England and Wales voted to exit while Scotland and Northern Ireland voted to stay.

After a public argument earlier this month with May’s government over how much say Scotland should have over the terms of the Brexit divorce, the SNP added more than 7,000 new members in just a few days.