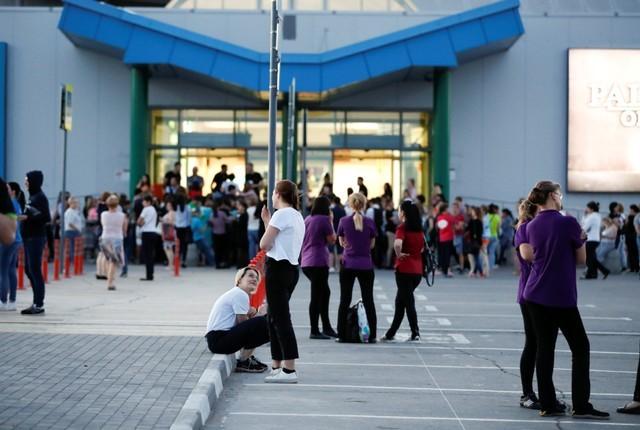 People stand outside a mall that was evacuated in the World Cup city of Samara, Russia June 28, 2018. REUTERS/Carlos Garcia Rawlins

Emergency services arrived at the malls with sniffer dogs, local media reported. The local branches of the emergency situations ministry and interior ministry were not immediately available for comment.

Samara hosted four group stage matches, including Colombia’s 1-0 win over Senegal earlier on Thursday. The city will host a match in the next round and a quarter-final.

Several bomb threats were received by police in the early hours of Wednesday in the World Cup host city of Rostov-on-Don, causing bars and restaurants to be evacuated.

Police in Rostov-on-Don said they had carried out thorough checks at the venues and found nothing dangerous.