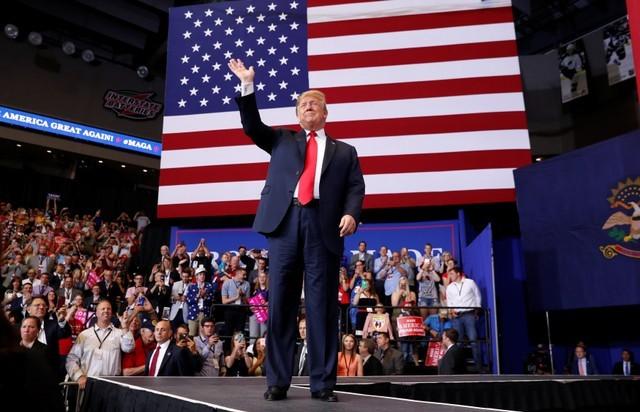 FARGO, N.D. (Reuters) – President Donald Trump said on Wednesday he wants to pick a U.S. Supreme Court nominee who will serve on the court for 40 to 45 years.

“We have to pick one that’s there for 40 years, 45 years,” he told a rally in Fargo, North Dakota, hours after Supreme Court Justice Anthony Kennedy announced his retirement.