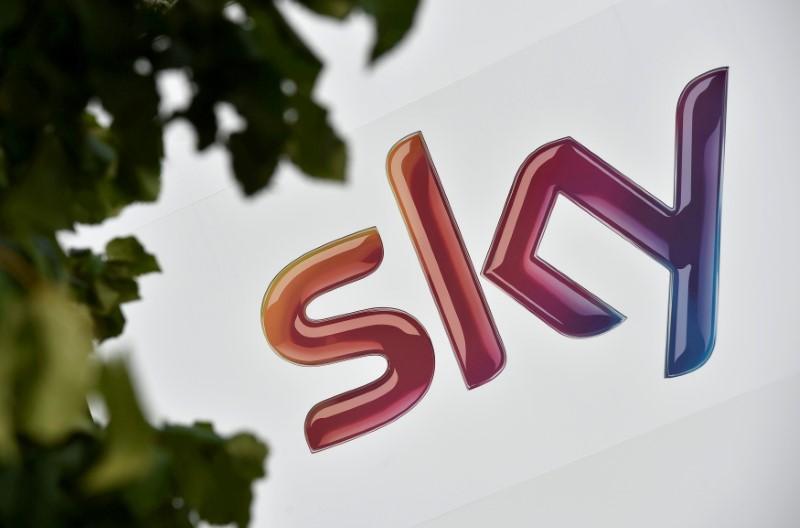 LONDON (Reuters) – Britain’s takeover regulator is considering whether Walt Disney (DIS.N) might have to make a higher offer for Sky (SKYB.L) in the wake of the U.S. company’s move to hike its bid for Twenty-First Century Fox assets to $71.3 billion.

Sky, Rupert Murdoch’s Fox, Disney and Comcast are in the midst of complicated takeover battle that revolves around competing offers for the bulk of Fox’s film and television assets and London-listed broadcaster Sky.

In December 2016, Fox offered 10.75 pounds-a-share to acquire the 61 percent of Sky that it does not already own, only for Comcast to make a rival 12.50 pounds-per-share counterbid for the London-listed company in February.

FILE PHOTO: A screen shows the logo and a ticker symbol for The Walt Disney Company on the floor of the New York Stock Exchange (NYSE) in New York, U.S., December 14, 2017. REUTERS/Brendan McDermid

At the same time, both Disney and Comcast are vying to acquire Fox’s TV and film assets, which include Fox’s 39 percent stake in Sky.

Disney last week raised its cash-and-shares offer for the Fox assets to $38-a-share from its original offer of $28-per-share, to trump a rival $35-a-share all-cash bid made by Comcast.

Britain’s Takeover Panel said on Thursday that its executive was now examining the implications for Sky of Disney’s improved offer for the Fox assets on June 20.

In April, the panel ruled that under its so-called “chain principle”, Disney must offer to buy all of Sky if it acquires Fox’s 39 percent stake in the broadcaster, provided that neither Fox nor Comcast had already succeeded with their own offers for the British company.

At the time, the panel said Disney would need to offer Sky’s minority shareholders 10.75 pounds-a-share if the U.S. giant was obliged to make a chain principle offer.

“The executive is considering what impact the 20 June increase (by Disney for the Fox assets) should have on the consideration payable under the chain principle offer and will make a further announcement in due course,” the takeover regulator said on Thursday.

It added that it had “received submissions from a number of parties expressing diverging views in relation to this matter, including from Disney, Fox and the independent directors of Sky.”

If the panel now decides that Disney must make a mandatory offer for Sky that is higher than 10.75 pounds-a-share, it would essentially set a new floor under the price of the UK company’s shares.

Sky stock was barely changed on Thursday, closing up less than 0.1 percent at 14.535 pounds.