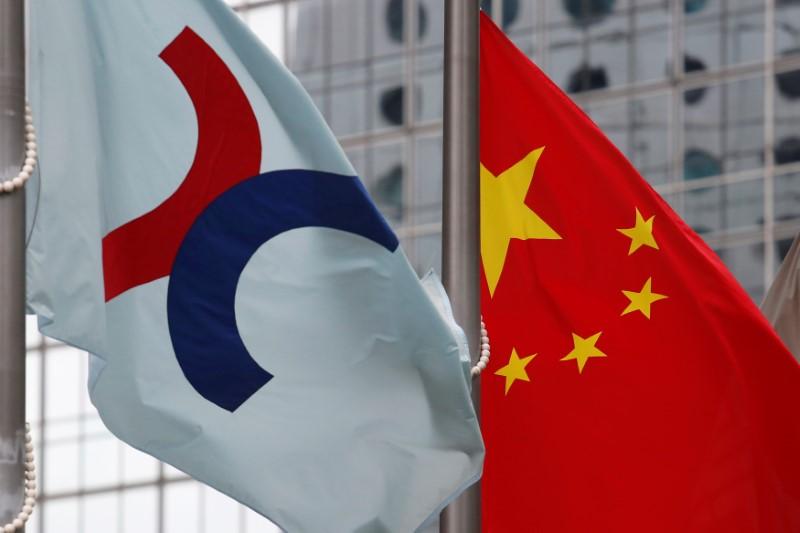 HONG KONG (Reuters) – Chinese tech titans preparing to float in Hong Kong and New York are likely to face a bumpy ride if trade tensions between the world’s two biggest economies persist, potentially dragging on capital raisings after a stellar first half.

While so far there has not been any significant impact from the U.S.-China trade spat, with funds raised in Asia-Pacific equity capital markets (ECM) at a three-year high and blockbuster listings such as Xiaomi still on track, there are indications smaller deals are getting hurt.

“What prospective equity issuers can fall victim to in the case of U.S.-China trade tension is the sentiment across the broader equity markets, because investors put trade wars among their top two or three concerns,” said Ashu Khullar, head of Asia Pacific capital markets origination at Citigroup (C.N).

Both changes were due to challenging markets, Thomson Reuters publication IFR reported.

“If volatility continues to rise alongside secondary market deterioration, it is fair to assume that smaller deals may attract less interest due to liquidity concerns,” aid Alex Abagian, Morgan Stanley’s head of equity syndicate for Asia Pacific, excluding Japan.

MSCI’s broadest index of Asia-Pacific shares outside Japan .MIAPJ0000PUS has shed about 8 percent from a June peak, on course for its fourth month of losses in five, amid tit-for-tat reprisals from the United States and China.

But overall, equity capital markets in Asia have been “very receptive in terms of issuance … there have been a bunch of very important IPOs, as well as large block deals”, Khullar noted, referring to recent equity sales worth billions.

Companies and investors have this year sold equity worth $141.6 billion in Asia-Pacific firms, up 22 percent year-on-year and the highest since the first half of 2015, Thomson Reuters ECM data shows.

Among recent big deals was the May $4.3 billion float of Foxconn Industrial Internet (601138.SS) – China’s biggest onshore IPO in nearly three years – and the $1.2 billion listing of Mercari (4385.T), a rare Japanese unicorn.

Shares of the flea market app operator jumped more than 70 percent on debut.

Bankers are, for now, keeping their eyes peeled for the planned coming-out parties for a series of big-name Chinese unicorns, or startups with a valuation above $1 billion.

Smartphone giant Xiaomi (1810.HK) could raise up to $6.1 billion when it prices on Friday. Other pending deals are floats worth about $4 billion apiece from Tencent Music, China’s largest music-streaming service, and Meituan Dianping, an online food delivery-to-ticketing services platform.

China Tower, the world’s largest mobile mast operator, is also looking to raise up to $10 billion in the coming months.

Many of the deals follow recent landmark listing reforms in Hong Kong that pave the way for tech firms with weighted voting rights and also for early-stage biotechnology companies to list.

At least 10 biotechs are planning Hong Kong floats and some have dropped U.S. IPO plans in favor of the city.

Asia’s ECM volume, however, is unlikely to be helped in the near term by Beijing’s efforts to lure foreign-listed Chinese tech giants back home via new China depositary receipts (CDRs), a process whose details are still being finalised.

“A lot of people under-appreciate the complexity of doing CDRs – it’s not just another simple form of stock offering,” said James Wang, head of China ECM at Goldman Sachs (GS.N).

“It is a significant development that may take some time to get all the pieces together.”