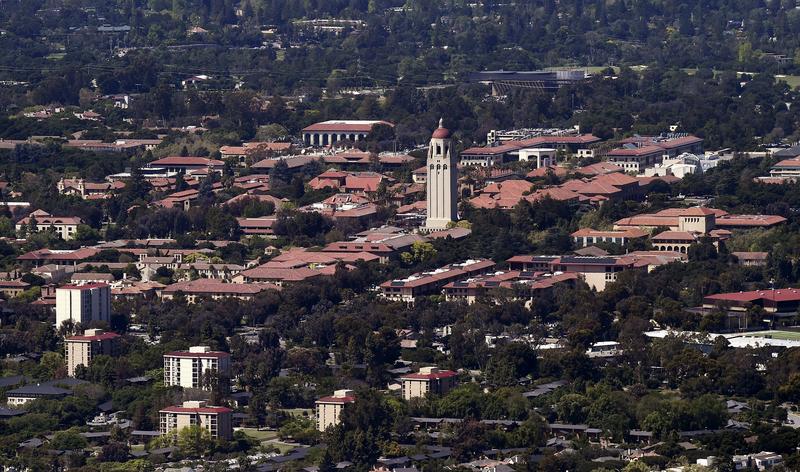 SAN FRANCISCO (Reuters) – Danhua Capital has invested in some of Silicon Valley’s most promising startups in areas like drones, artificial intelligence and cyber security. The venture capital firm is based just outside Stanford University, the epicenter of U.S. technology entrepreneurship.

Yet it was also established and funded with help from the Chinese government. And it is not alone.

More than 20 Silicon Valley venture capital firms have close ties to a Chinese government fund or state-owned entity, according to interviews with venture capital sources and publicly available information.

While the U.S. government is taking an increasingly hard line against Chinese acquisitions of U.S. public companies, investments in startups, even by state-backed entities, have been largely untouched.

That may well be poised to change as the U.S. Congress finalizes legislation that dramatically expands the government’s power to block foreign investment in U.S. companies, including venture investments.

The new law would give the U.S. government’s Committee on Foreign Investment in the United States (CFIUS) wide latitude to decide what sorts of deals to examine, eliminating certain ownership thresholds, with a particular focus on so-called “critical” technologies.

“The perception is that a lot of the tech transfer of worry to the U.S. security establishment is happening in the startup world,” said Stephen Heifetz, a former member of CFIUS and now a lawyer representing companies going through CFIUS review.

The university endowments and family offices that traditionally provide most of the money for venture firms are usually one of many limited partners and have minimal if any involvement in the startups they help fund.

Chinese entities also sometimes take a passive role in big venture funds. But venture capital sources say that Chinese government funds often play a more influential role in the smaller venture firms they back by providing a greater percentage of their funding. That empowers them to request information about startups or help them to open offices in China – potentially opening those startups to CFIUS review.

The possibility of a regulatory crackdown has caused unease in the startup world. Venture firm Andreessen Horowitz is counseling startups that if they raise money from a China-backed investor, they put themselves at risk of government scrutiny, a person with knowledge of the matter said.

“The window for some startups to raise money from China may be closing,” said Chris Nicholson, co-founder of AI company Skymind, which has raised money from Chinese Internet group Tencent Holdings Ltd and a Hong Kong family office.

Until recently, the original source of funds for venture investments has not been an issue in Silicon Valley. Venture firms are not obliged to disclose who their investors are and entrepreneurs rarely ask, leading some dealmakers to question how CFIUS could keep tabs on startup investing.

Danhua Capital, which is backed by the Zhongguancun Development Group, a state-owned enterprise funded by the Beijing municipal government, has holdings in some of the most sensitive technology sectors.

Its investments include data management and security company Cohesity, which counts the U.S. Department of Energy and U.S. Air Force among its customers. Drone startup Flirtey, which in May was selected by the U.S. Department of Transportation to participate in projects to help the agency integrate drones safely into U.S. air space, is also part of the Danhua portfolio.

Shoucheng Zhang, Danhua’s founder and a Stanford University physics professor, declined to answer specific questions from Reuters. In an email, he said: “Most of our (limited partners) are publicly listed companies in New York or Hong Kong stock exchanges. We will of course fully comply with any legislations and regulations.”

Cohesity declined to comment. A spokeswoman for Flirtey said Danhua’s minority investment did not come with any information rights or a board seat, and the firm is not involved in Flirtey’s operations.

“We would not knowingly accept money from the Chinese government; we take investment from Delaware-registered, Silicon Valley-based venture capital firms,” the spokeswoman said.

She added that Flirtey would support any new “mandate that investors must disclose if they have any form of backing from government entities, to help ensure there is never a question in the future.”

The practice of investing through layers of funds, known as funds of funds, can make it all but impossible to know where money is coming from. Westlake Ventures, backed by the Hangzhou city government in eastern China, invests in at least 10 other Silicon Valley venture funds, including Palo-Alto based Amino Capital.

Larry Li, founder and managing partner at Amino Capital, said he took the money that was on offer when he launched his fund in 2012. He said he felt his firm wasn’t the kind of known quantity that could tap the big pensions and endowments.

“We weren’t going to the Harvard endowment or Yale endowment; that’s like mission impossible,” Li said. “You need to have some special source of funds to get started.”

Even well-known startup accelerator 500 Startups raised part of its main fund from the Hangzhou government.

Capital controls have slowed the flow of Chinese money into the United States since 2016, but sources say venture investments have been more resilient than sectors like real estate, in part due to the Chinese government’s focus on improving its domestic high-tech industry.

U.S. politicians suspicious of China’s intentions were galvanized by a Department of Defense report released last year that warns that Chinese venture investors are accessing “the crown jewels of U.S. innovation.”

The report helped guide Sen. John Cornyn, a Texas Republican who sponsored the Senate version of the CFIUS reform bill, people with knowledge of the matter said. A spokeswoman said Cornyn “is especially concerned with Chinese state-backed venture capital investments.”

But the report was also panned by many private sector experts as overly simplistic and fear-mongering.

For now, at least, President Donald Trump has backed away from his declared intention to clamp down on a wide range of Chinese technology investments through a special emergency order, saying he would leave the job to CFIUS. But if Congress fails to pass the bill quickly, Trump said he would use his executive powers.

Reporting by Heather Somerville in San Francisco. Additional reporting by the Shanghai newsroom.; Editing by Jonathan Weber and Martin Howell.