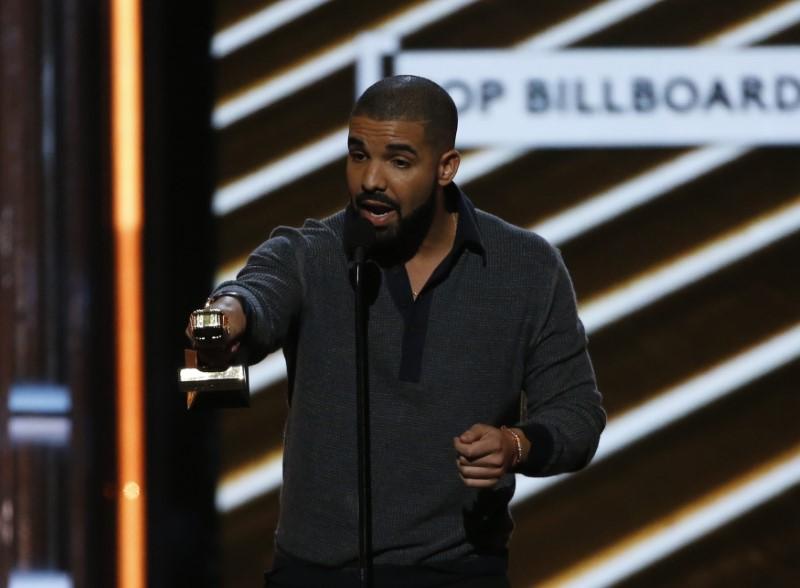 LOS ANGELES (Reuters) – Canadian rapper Drake, the world’s best-selling artist of 2016, looked on course to set records tumbling again on Friday with his soul-baring new album “Scorpion,” in which he reveals he is a father.

Spotify said the album was streaming at an average rate of 10 million times an hour on Friday, while Apple Music said “Scorpion” was the No. 1 streamed album in 92 countries.

On the 25-track double album, Drake, 31, confirms long-standing rumors that he has fathered a son, but does not name the mother.

“Scorpion” follows Drake’s best-selling 2016 album “Views” and his 2017 release “More Life,” which set a record across all music streaming services of 385 million streams in its first week of release.

The Recording Industry Association of America said on Friday that Drake had become its top digital song artist, with 142 million digital single sales units, ahead of Rihanna and Taylor Swift.