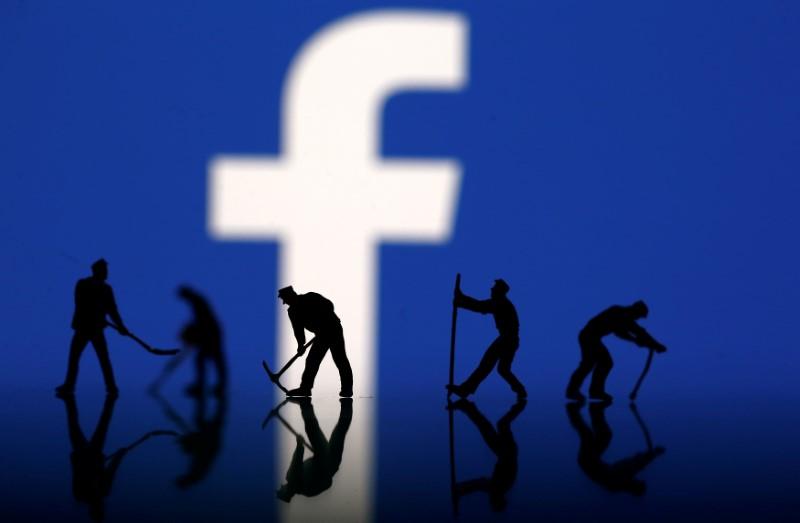 LONDON (Reuters) – Facebook continues to be evasive in its answers to a British parliamentary committee examining a scandal over misuse of the social media company’s data by Cambridge Analytica, the committee’s chair said on Friday.

FILE PHOTO: Figurines are seen in front of the Facebook logo in this illustration taken March 20, 2018. REUTERS/Dado Ruvic

Britain’s digital and media (DCMS) committee is examining fake news, and what the consultancy, employed by Donald Trump’s 2016 U.S. presidential campaign, did with the Facebook data, which was improperly obtained.

Cambridge Analytica said it deleted the data when asked and did not use it in Trump’s campaign. It also denies doing paid work on the campaign for Brexit.

“Facebook continue to display a pattern of evasive behavior – a pattern which has emerged over the course of our inquiry”, chair Damian Collins said in response to Facebook’s latest letter to the committee, saying its answers over how it monitors political advertising and its resources devoted to security were inadequate.

“The company appears to prefer minimal over rigorous scrutiny… We will be addressing this point as part of our interim report being published in due course.”

Facebook said it had welcomed the chance to help the committee with its inquiry.

“Facebook’s CTO Mike Schroepfer gave nearly five hours of testimony to the DCMS committee in April and we have responded to every question the committee has sent us,” a Facebook spokeswoman said.

“We continue to engage with the DCMS and Mr Collins to provide any further information they may need.”